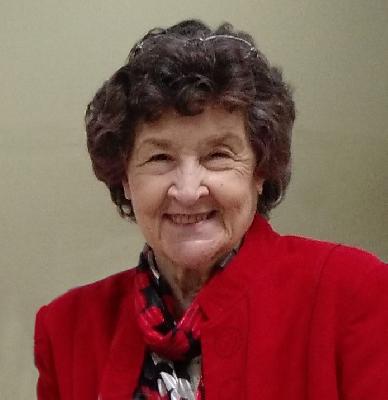 Barbara H. Moore, 84, passed away in Crestview, Florida, on January 31, 2021. She was born February 6, 1936, in Jacksonville, Florida to Russell B. â€œBobâ€ Hughes and Ruby Turner Hughes. She spent her formative years in Jacksonville, Pensacola, and Quincy, Florida. She was a graduate of Leon High School in Tallahassee. As a clarinetist in the Marching Redcoats, highlights included performances at the Macyâ€™s Thanksgiving Day Parade and a Florida Gubernatorial Inauguration Parade. She retained many lifelong friends from Leon High and traveled to many annual reunions. Barbara graduated from Florida State University with a degree in Early Childhood and Elementary Education. She was in the Alpha Xi Delta social sorority. Her best memory from FSU was meeting James E. â€œJimâ€ Moore through student body government, whom she married in 1955.
Barbara was recently predeceased by her husband of 65 years, Jim, and is survived by three sons, Bert (Vicki), Bret (Isabella), Bart (Jennifer) and one daughter, Kim McBroom (Richard), along with five grandsons, Michael (Rachel) (and great-grandson Luke); Brian (Samantha); Bradley; Brandon (Chase); and Adam; and extended family member, Moni Boling (Charlotte).
Barbara was active in several youth organizations, serving as Girl Scout, Boy Scout and Explorer leaders where she became affectionately known as â€œMama Moore.â€ Barbara served as Council Executive Board member and President for the Northwest Florida Girl Scout Council. She was also on the Executive Board for the Boy Scout Gulf Coast Council for several years.
Barbara was a teacher and substitute teacher for schools in Escambia Farms and Crestview, and was President of Bob Sikes Elementary PTA. To continue her support of the education of young people, Barbara served on the Okaloosa County School Board from 1976 to 1988. She served as President of Florida School Board Association and, as an active member of the National School Board Association, she presented at an education congressional committee meeting in Washington, D.C. on the impact of government regulations on local schools.
Based upon their support of the youth Scouting movement in Crestview, Barbara and Jim shared the 1979 Youth Leaders of the Year Award from the Crestview Area Chamber of Commerce. She received numerous Boy Scout recognitions such as the District Award of Merit and the prestigious Silver Beaver Award, the highest award for adult scouting at the council level. She was active in the Crestview Chamber of Commerce and previously served as a United Way Chairman.
Barbara was a member of First Presbyterian Church of Crestview, serving in the past as a Sunday School teacher and a Vacation Bible School leader.
Barbara supported Jim in his different capacities with the Masonic Fraternity including being Hadji First Lady to Potentate Jim.
Barbaraâ€™s family was her most precious reward. She was the proud mother/grandmother to eight Eagle Scouts and one Girl Scout First Class Award. To fulfill a â€œbucket listâ€ item that traced back to her Marching Redcoat days, she carried her grandsons to New York City to watch the Macyâ€™s Thanksgiving Day Parade. Her wish was that everywhere she went she left people a little bit happier and with a smile on their face and in their heart.
Because of the Covidâ€“19 virus, there was a private graveside service. Friends are invited to place sympathies at brackneyfuneralservice.com. Contributions can be made in memory of Barbara to any of the youth organizations that she was associated with, or to the charity of choice. Brackney Funeral Home was in charge of the arrangements.

BARBARA WAS ONE OF MY FAVORITE PEOPLE GROWING UP AROUND THE CORNER FROM HER. SHE WAS SCOUT LEADER FOR MY BROTHERS AND ALWAYS A VERY SWEET LADY. SHE ALWAYS HAD TIME FOR THE NEIBORHOOD KIDS THAT LIVED CLOSE TO HER AND MADE A POSITIVE IMPRESSION ON ALL OF US. SHE WILL BE GREATLY MISSED BY ME
KATRINA CHESTNUT HARRIS

Barbara was a very special lady with whom I admired. She is such an inspiration! Laura

A sweet lady. Sorry to hear of her passing.

So sorry to hear of your moms passing. May your fond memories put a smile upon your face. Your mom was a very special lady. ❤️