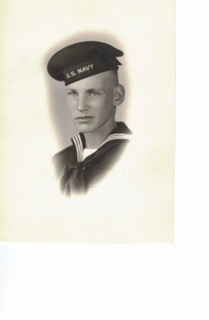 Barney joined the Waterford Police Dept. in 1965 and said they are “Second to none.” In 1983, he qualified as a Bomb Technician for the ATF. Promoted to Lieutenant, he served the community until he retired in 1991. Alongside law enforcement, he worked 32 years as a longshoreman for Local 1411.

An avid fisherman, Barney loved boating on his fishing boat, the Boston Blacky. In his later years, his love for animals prevailed by adopting neighborhood stray cats.

A lifetime member of the Connecticut 100 Club, Barney also belonged to the Masons, Shriner Lodge, Tuckerbung Association, VFW Legion, and the Groton Elks.

His death was preceded by his wife, Ruth Margret Hoy Allen, and stepchildren Marilyn and Steven (Skip). Barney lost Ruth to Alzheimer’s Disease and is known to the hospital staff as Tootsie for all the candy he brought to those who provide so much care.

A private funeral service will be held on…

I would like to say on to Barry and Laurie, on behalf of the McLaughlin family, and your work family, we are truly sorry for your loss. Be aware, our prayers and thoughts are with you and your family.

Condolences to your family. May God be with you all.
Skip & Belinda

Barry
Sorry to hear of the passing of your father. You and your family are in my thoughts and prayers