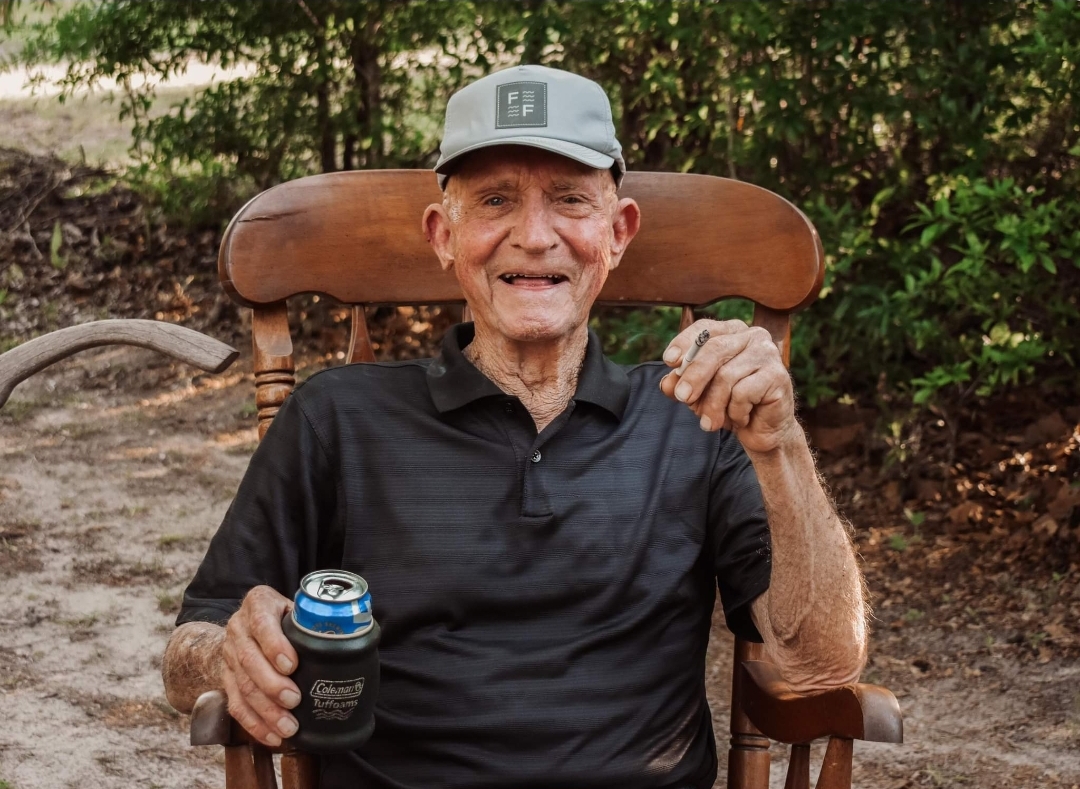 Billy Wayne Kervin, 83 of Crestview, passed away on Monday, November 14, 2022, peacefully at home with family at his side. Billy managed his illness with strength and grace and wanted to spend as much time with his family as possible. On his final day he was surrounded by his children, who he adored more than anything else in the world.

Mr. Kervin was born on March 7, 1939, to G.B. Kervin and Ruby Broussard in Falco, Alabama. He moved to the Florida Panhandle in 1943 from Bradley, Alabama and has been a resident ever since. Billy was a veteran of the United States Air Force as an Air Traffic Controller to then move on to a full career as a master carpenter/cabinet maker. He enjoyed making beautiful creations out of wood along with being known as a beekeeper for his wonderful tasting honey. You could always find a jar on the counter at The Tropical Palm Restaurant on Main Street in Crestview. The owner, his wife, Orene, would make sure of it.

Billy was loved by all and will be missed dearly.

Billy is preceded in death by his parents, G.B. Kervin and Ruby Broussard, his wife of 52 years, Orene Kervin, his two sisters, Kiki Ruark and Mary Ruth Beasley.

Billy is survived by his son, Billy Wayne Kervin Jr. & his wife Michele and their children, Dustin & Macey Kervin,

A memorial service will be held on Thursday, December 1, 2022, from 5:00 p.m. to 7:00 p.m. at the Chapel of Brackney Funeral Service with Pastor Kenny Bray officiating.

We are very sorry for the loss of your Daddy…I know my Daddy loved him dearly and I remember them playing the guitar together years ago….may God comfort and keep all of you…Lisa and Joseph Hughes

My dad said Bill Kervin will always be on his list of favorite people. He taught my dad a lot and kept us all laughing and entertained. Words can’t express how much darker the world will be in his absence but I take solace in knowing he’ll be irritating Orene again in heaven. They both were the best kind of people, you all will be in my thoughts and prayers.

Ruby & Family: So sorry for the loss of your Dad & GrandDad. I know firsthand that your world as you knew it has changed immensely. Stay together and hold tight to the memories of days gone by. Trust the Lord and know he has everything under control!!