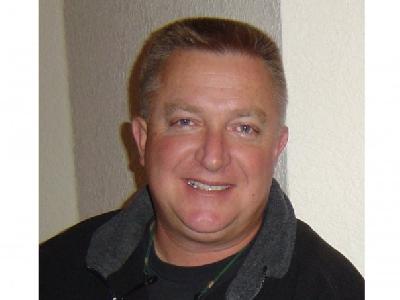 Bryan Edward Campbell of Laurel Hill, 63, swung through the Pearly Gates of Heaven on Saturday morning the 16th of January 2021. It was on this day; Bryan ended his 18-month long battle against brain cancer at home with loved ones.
Bryan was born to Edward and Billie Campbell in Salina, Kansas on Christmas Day 1957. His adventures started early as an Air Force brat traveling across this great country. From canoeing through the Alaskan wilderness to bringing home wildlife from the brackish waters of coastal Mississippi. It was in his hometown of â€œMudsuck Ridgeâ€(Ocean Springs, MS) where he first took to the skies, earning his wings before a driverâ€™s license. Following a friend, he left for Texas to work as a forklift operator. It didnâ€™t take long for him to see the light and turn tail for college at the University of Southern Mississippi where he earned a Bachelors Degree in Political Science in 1980.
Later that same year, Bryan was commissioned as a Second Lieutenant in the United States Army. Shortly after, he would enter initial rotary wing training at Fort Rucker, AL to graduate an Apache helicopter pilot. Bryan served honorably, heroically, and meritoriously in the Gulf War. After the conflict, Bryan simultaneously attended the Army Command and General Staff College at Fort Leavenworth, KS while studying to complete his Masters of Management degree from Webster University. This education paved the way for a transition from warrior to career bureaucrat beginning in 1993 as Brigade Staff Trainer and Observer Controller in Fort Irwin, CA. Moving two years later to Senior Army instructor and Hurlburt Field, FL and his final role beginning in 1998 of Army Test Director and Deputy Director for the Office of the Secretary of Defense Joint Close Air Support (OSD JCAS) at Eglin AFB, FL. Bryan dedicated 23 years of service to his country before a distinguished and highly decorated retirement at the rank of Lieutenant Colonel in December of 2005. Bryan is the recipient of the Bronze Star, Defense Meritorious Service Medal, Meritorious Service Medal with four oak leaf clusters, Air Medal, Army Commendation Medal with one oak leaf cluster, National Defense Service Medal with one bronze star, Armed Forces Expeditionary Medal, Southwest Asia Service Medal with one bronze star, Humanitarian Award Medal, Kuwait Liberation Medal (Kingdom of Saudi Arabia), Kuwait Liberation Medal (Kuwait), Joint Meritorious Unit Award, Air Force Outstanding Unit Award, and the Army Superior Unit Award with one oak leaf cluster.
Bryan transitioned comfortably into a retirement filled with his hobbies and interests (with a short stint for Navigator Development Group) â€“ sailing near and far aboard his sailing vessel Scallywag, taming wild acreage into Campbell Ranch and Plantation the homestead for his and Melissaâ€™s dream home, breeding Labrador Retrievers, and spending time in fellowships with fellow members of Joy in Crestview, FL. Bryan loved his Woman-ator (Melissa), his children and extended family, the Lord, and good groceries. Bryan will forever be remembered for his humor and love of laughter.
Bryan is survived by his loving wife Melissa Campbell (Harrison); son, Michael Campbell; daughters Kristen (Sean) Moss, Katie (Ry) Keel, and Emily Shermer; his grandson, Bryson Moss; his mother, Billie Campbell; his brother Jeff (Marci) Campbell; nephews Camden and Channing (Jessica) Oglesby; niece Jessica Campbell; Aunt Mona (John) Adkins; cousins, Kathy Morehouse and Janice Collins; mother in-law, Linda Harrison; brother in-law, Randy (Bobbi-Shawn) Harsch; nephews, Lawson and Harrison Harsch; niece, Ella Kate Harsch; his brother in-law, Jacob (Rebecca) Harrison; his nephews Koby, Grady and Zachary Harrison; his nieces Jessica and Amy Harrison; and his cousin, Shana Harrison. He is also survived by so many who were not related by blood or marriage but were family to him, nonetheless.

His legacy is one of honor and integrity and of service above self. He would tell you he wasnâ€™t perfect but he led by example and was the living embodiment of his creed, â€œCampbells never quit!â€

A Celebration of Life is scheduled for Monday, January 25, 2021 at The Barn at Water Oaks Farm – 4080 2nd Ave, Laurel Hill, FL 32567. Public viewing will begin at 11:30am followed by service with a reception to begin at 2:00pm. All are welcome to attend. Brackney Funeral Service in Crestview (850-683-9898) is entrusted with services. For more information, please call Bobbi-Shawn Harsch at (850) 612-0057.
Interment at Barrancas National Cemetery on Tuesday, January 26, 2021 at 10:00am will be limited to family.
The family gives thanks and acknowledgement to all who loved Bryan.
â€œFor God so loved the world, that he gave his only begotten Son, that whosoever believeth in him should not perish, but have everlasting life.â€ â€“ John 3:1

Bryan will never be forgotten. Keep him in your heart, as Ann and I will, and always cherish the service he provided for all of us to live comfortably and enjoy our beautiful country. Please know that the prayers of so many people are with you and your wonderful family. I hope that you can find some solace in knowing that your loss is shared so deeply. God bless you and your family – we are going to miss him too!

Bryan was his Grandfather Watson’s pride and joy! Bryan was his first grandson! His grandfather would often tell him to do something he should not be doing and of course Bryan would do it. Bryan lived his life and enjoyed every adventure and challenge that came his way. Being the great grandson of a true Irishman,he met each challenge and adventure in the Irish way-he forged straight ahead and never gave up!
He will be missed by our little family! But his family that has gone ahead will greet him and welcome home!
Love,Aunt Mona

My dear cousin I was so blessed to have reconnected with you in these last months. You were determined to be the military man and stand steadfast against this illness. Thus honoring "Campbells never quit!" motto. But I know how much stronger you stood with the Lord. May you fly high on the wings of angels. May your family hold tight to what a wonderful husband, son, father, brother, grandfather, and friend you were. Always your cousin, Kathy

Psalm 118:24 This is the day that the lord has made let us rejoice and be glad in it.

Two weeks after Bryan had brain surgery there were a few of us gathered in Bryan and Melissaâ€™s living room and I was struggling with this bible verse.
1 Thessalonians 5:18 Which states, Be thankful in all circumstances, for this is Godâ€™s will for you who belong to Christ Jesus.

Really God, be thankful in all circumstances?

Wow here he was with terminal brain cancer witnessing to the rest of us. Was he plugged in to Christ? Without question. And for that, I am eternally thankful.

I will close with this. . . From a secular perspective.
There is a saying: yesterday is history, tomorrow is a mystery, but today is a gift. That is why it is called the “present.â€
-Kung Fu Panda

I Love you Brother.

I remember the first time meeting Bryan. It was to be the day we welcomed his and our grandson, Bryson, into the world. Bryan was focused at that moment coming down the hospital hallway, and it showed on his face. He wanted to see that beautiful new baby that came into his life, it was a moment remembered vividly, like yesterday. You could see the built up anticipation on his face. Not only meet his new grandson, but to ensure his beloved daughter, Kristen, had faired well delivering this little bundle of joy into the world. We could tell his daughter was the Apple in His eye. You know good people when you meet them. Knowing Bryan over the past years I knew right off Bryan wasn’t just a good man, he was a great man, father, husband and grandfather. From what I’ve witnessed the few and far between times of being around Bryan, meeting his family and seeing the love he had for them all, he was truly a man of God. He was His Spirit Expressed to all. One who seemed to never meet a stranger and welcomed us openly into his home. I only regret not being able to spend more time with Bryan but know he would be a John 15:13 friend which tells us;"Greater love has no man than this, that he would lay down his life for his friend" (Brother).
He truly was a man of this noble character. From our family to yours, we send our deepest sympathy and heart felt condolences. We will always be here for you. May the Joy of the Lord be your strength during this challenging time. You are loved. Sincerely, The Payne family.