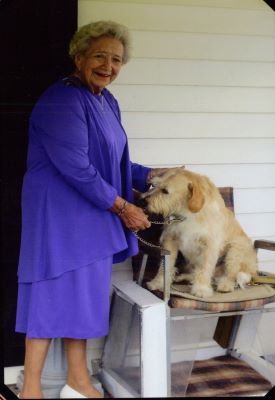 She was born on February 12, 1933, and was one of seven children; Annelle Dubose, Josh Dubose, Melba Dubose, Bobby Dubose, Tommy Dubose, and Don Dubose, born to the late J.W and Olean Dubose.

Mrs. Hardy grew up in Okaloosa County and has resided there her entire life. She was also a Baptist by choice and was Baptized at Red Oak Baptist Church.

She was preceded in death by her husband Don Hardy, son Carl Hardy, and two brothers Josh and Don Dubose.

She was the Founder of The Amaranth Court. She was a member with them for 46 years.

A celebration of life will be held Tuesday, October 19th from the Chapel of Brackney Funeral Service beginning at 6:00PM and the family will receive friends one hour prior.

Express your condolences with flowers sent to Carolyn Dubose Hardy

So sorry for your loss. Prayers for all of the family!

Carlis, I am so sorry about your loss. I just saw this. Your Mom was a sweet woman. Praying for you my friend and your family.