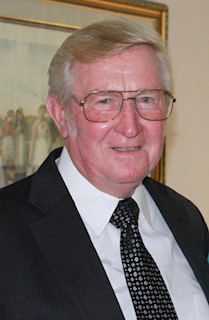 Clifford William Bean, Jr passed away at Twins Cities Hospital on Sunday, 16 August 2020 at the age of 84. Cliff was born to Clifford and Edna Bean who lived in Linthicum, Maryland. He moved here in 1958 while serving as a jet mechanic in the U.S. Air Force. In 1962, he decided to make Niceville his home, earned his General Contractors license and began building houses which continued to build until November 2016. Cliff was also the City Manager of Niceville in 1967-68.

Services will be held Saturday, August 22, 2020 at The Bean Family Cemetery, beginning at 10am with Pastor Mel Coon officiating.

Patsy, Sorry to hear about Cliff. Read it in the paper today. He will be greatly missed I know.
We are praying that God will comfort you and the family and will give you strength. We know he is with Jesus and enjoying his new home. Just remember the fun memories you and the family have to comfort you. We love you.

Cliff was a great individual. For several years he employed me as an assistant carpenter during summers while I attended William Carey University. He was a man that lived his faith and was a witness to me. I pray that God will comfort the family at this time of sorrow.

My Uncle Clifford Bean was a great man. He was blessed and was a blessing to many. Not only did he help my brother and I through many tough times, he was a spiritual mentor to me, helping me to build my faith.

I could not be where I am today as a spiritual warrior, without the influence of Uncle Cliff. Though the fleshly side of me is sad and mourns your loss, the spiritual side rejoices because I know that you are soaring with the angels in Heaven.

Thank you for planting the seeds of faith and for always being a great man of GOD! This isn't goodbye, It's until we meet again.

Patsy, I know your spirit rejoices because you have the assurance that Cliff is with our Heavenly Father. However, I can only imagine how sad your heart is now. Cliff was a wonderful man of God who was always willing to help anyone in need. He had way too many virtues for this sort space. My prayers are with you and your family.