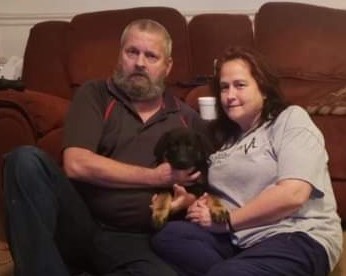 Daniel Eugene Morgan, 61 of Baker Florida passed away Tuesday, August 17, 2021. Mr. Morgan was born July 7, 1960, in Birmingham, Alabama and after traveling with the USAF he retired here in Okaloosa County. Daniel was a Gulf War Veteran and retired with the United States Air Force.

Daniel is preceded in death by his father, James C. Morgan.

Express your condolences with flowers sent to Daniel Eugene Morgan

Tim, so sorry about your brother!!!

Pappy was loved by Kaylee and Loghen Fulton- you will always be remembered!

We will definitely miss him I’m glad the boys got some of the best memories they possibly could of with him. We love yall