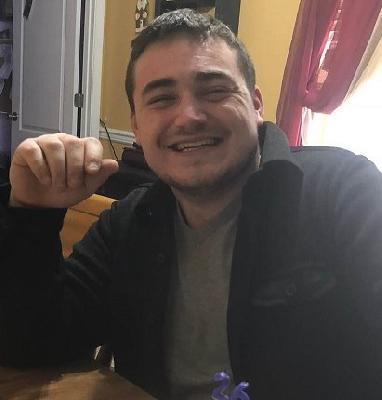 Daniel (Danny) Joseph Briody died unexpectedly in Crestview, Florida on January 24, 2021 at the age of 28.
He was proceeded in death by his two grandfathers and one grandmother. Danny is survived by his son, Cameron Briody; his FiancÃ©, Jillian Hacker; his parents, Joseph, and Rosalind Briody; and his siblings, John Briody Heather Horch, Stephanie Hammack, and Jessica Thacker. He also left behind a large family, including a grandmother, uncles, aunts, cousins, nieces, nephews, three brothers-in-laws, and a sister-in-law who loved him dearly.
A U.S. Army Veteran, and a Military â€œBratâ€, he was born in 1992 near Tacoma, Washington on Fort Lewis. He graduated from Crestview High School in 2011 before serving on Active Duty as an Army Culinary Specialist.
His family remembers him for his passion, sense of humor, and devotion as a Father, Godfather, and as a loving Uncle to 11 nieces and nephews.
Danny was proud to work as a flow team manager for Meraki Solar where his colleagues remember him for his kindness, positivity, and selflessness.
Family and friends are invited to pay their respects during the wake from 12:00 to 2:00 p.m. on January 29, 2021 at Brackney Funeral home followed immediately by funeral services at Live Oak Memorial Cemetery.
â€œOur family chain is broken and nothing seems the same, but as God calls us one by one the chain will link again.â€ â€“ Ron Tranmer

May you rest in peace! Such a great person inside and out. I’m sorry for everyones loss .

This is extremely heart breaking to see. Broody and I grew up in the Army together and was station at Fort Myer. My deepest condolences to his family and loved ones, he was a great guy and would do anything for his fellow brother in Arms. He was always the one to joke and make everyone laugh. Love you man, RIP.