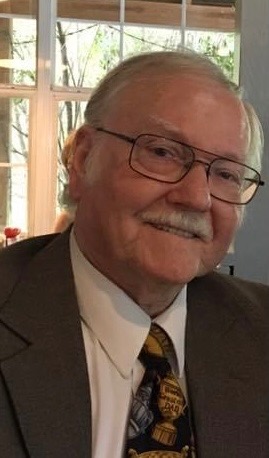 Upon graduating Baker High School, Frank enlisted in the United States Air Force. He proudly served his nation for eight years and enjoyed attending annual reunions with his fellow airmen and remained in contact with many, most notably, his good friend, Johnny. Following his military service, he married the love of his life, Carol Higdon, and they soon started a family, welcoming their son Robert, and daughter, Gina. Early in their marriage, Frank made several moves with his wife and children to advance himself vocationally, living in Utah and North Carolina, before eventually settling back in his native Okaloosa County, and beginning his career at Eglin Air Force Base where he worked until his 1996 retirement as a civil engineer. Frank had a brilliant, inventive mind, which was recognized by the US Government with patents of his designs.

Frank was known for his jovial disposition, best showcased on stage during the Southern Gospel ministry he and Carol began with their children. The Williamson Family toured together in buses that Frank designed for twenty-eight years. Retirement gave him time to focus on his hobbies, photography and wood working, both in which he excelled. His children were bestowed several heirloom quality pieces of furniture that will be treasured for years to come. Frankâ€™s last major wood craft project was a pantry cabinet for his sonâ€™s home. He continued his love of music by leading the choir at Red Oak Baptist Church until declining health forced his resignation.

Frank was preceded in death by his parents, Lee and Esther Williamson, and brothers, Roland, Charles, and Edward. In 2016, his heart was broken with the passing of his beloved wife of fifty-six years, Carol Williamson. His first grandchild, Ashley Clance, preceded his home going by only nine days.

Due to the ongoing Covid pandemic, a memorial service will be announced at a later date. In lieu of flowers, Frankâ€™s family asks that you please share the Good News of Jesus Christ.

You may leave your condolences at www.brackneyfuneralservice.com
Brackney Funeral Service Crestview is entrusted with arrangements.

This breaks my heart! Gina I am so sorry. I loved Frank with all my heart. He was a great friend and spent many days together. Love and prayers to all of you.
Love always,
Melinda

I do pray the peace and comfort of the Holy Spirit will heal the grief of the passing of this dear one….How I enjoyed the singing of this Williamson family. .His brother Edward *passed* and I were class mates at Baker School, Baker, Fla What a much respected family…. We don't have to grieve as having no hope.. He was a disciple of Christ..

Gina, I wish to extend to you and your family my deepest condolences. Although I did not know your daughter nor your father, my heart hurts for you right now. I have experienced the pain of losing both of my parents and, in 2019, my son. Our daughters are the same age. Please don’t hesitate to contact me if I can help you in any way. I will certainly be keeping you and your family in my prayers.

Robert & Gina, sorry to hear about your Dad’s passing. Lot of good times with he and your Family over the years at singing. Frank will be missed. Prayers for your Family!

Iâ€™m so sad to hear of this. I will miss him dearly. He was such a sweet man. My thoughts are with you Reggie and Gina.