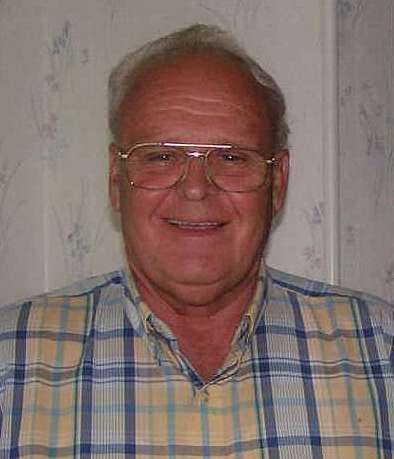 We are heartbroken to announce the death of Dewey Stanley Bacon who passed away after an extended illness at the age of 86 on Thursday, September 22, 2022.  Stanley was born on May 7, 1936, in the Sulphur Springs Community in Jonesborough, Tennessee to A.C. and Lela Bacon and was their only child.  For many years, Stanley drove over the road as a long-haul truck driver. He was a faithful and active member of Pilgrim Rest Baptist Church in Baker, Florida under the stewardship of Pastor Geoff Prows and Senior Adult Minister David VanZandt.

Stanley is survived by his wife of 67 years, Cassie Lewis Bacon, his only child, Cheryl and her husband, Bob Rhodes, his granddaughter, Alana Morris and fiancée Robert Gray, his grandson, Evan and wife, Desirae Morris, three bonus great granddaughters, Charley, Catherine and Caroline and one great grandchild due in March 2023.

It was Stanley’s request to be cremated. A graveside service will be held on a later date and he will be laid to rest in the Roselawn Memory Garden located in Johnson City, Tennessee.  Officiating will be his former Pastors, Reverend James Cambron and Reverend Rick Huber of Mountain View Baptist Church where he was a charter member.

Cheryl Ann I am so sorry to see that your dad passed away. What a great picture of him. He was always so happy and smiling that I remember. Give my love to Cassie, thinking about you all. Lana Odom Buckingham.

I am sorry for your loss and will be praying for your family.

Please accept our deepest sympathy in the loss of your husband. There is little any of us can say to comfort you and your family during this difficult time, but know that you and your family are in our prayers. Sincerely, Sheriff Eric Aden and the Men and Women of the Okaloosa County Sheriff’s Office

Sorry to hear about Stanley’s passing. I worked with him at Superior Carriers before he retired. We used to pick on each other. I always admired his old Ford pickup truck. Prayers for your family.

Cassie and family
I am so sorry for your loss. I have so many wonderful memories of you both from our time together at Mountain View! You are in my prayers and I know the Holy Spirit is faithful and will be your comfort as you miss your sweet husband.

Dear Cassie,
We rejoice with you in the home going of your precious husband Stanley. We remember with great affection our years at Mountain View together. (Remember all the days of the building going up!).
We pray that you be comforted with the comfort that only God the father can give. My He wrap his arms around you and bring you peace. Amen
We love you with the love of Christ,
Ray and Shonnie Long