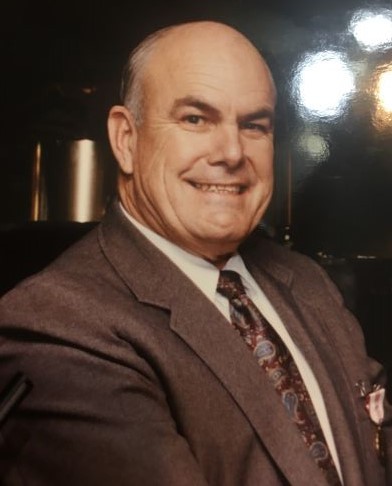 Don Cox was surrounded by his children, grandchildren, and his loving wife of 55 years when his battle with cancer ended on November 20th, 2020. He departed this earth for an abundant life in heaven and today he is rejoicing with family members and friends. Don, also known as Poppy D, was born September 29, 1936 to Malcom Cox and Louise Spain Cox in Kinston, N. C. Don graduated for North Carolina State University in 1955 with a degree in Mechanical Engineering and went to work at Indian Head Maryland. In 1962 he moved to Crestview to start his career at Eglin AFB as a Test Design Engineer. He married Sharlene Cox in January 1965. They resided in Crestview for several months and then purchased their first home in Ft Walton Beach, Fl.
While living in Ft Walton Beach, Don and Sharlene became the proud parents of Donna Lynn and Edward Bryant. In 1974 the Cox family moved back to Crestview to live in the middle of the woods in north Crestview where Don became a gentleman farmer. He enjoyed raising cattle and horses and fishing in the pond in the back of their home, as well as continuing his career at Eglin AFB designing munitions for the government.
In 1994 Don retired from Civil service and became a full-time farmer and enjoyed growing vegetables. Nothing made Don happier than sharing his vegetables with his friends.
He is proceeded in death by his parents, Malcolm and Louise Cox from Kinston, NC. He is survived by his loving wife of 55 years, Sharlene Cox., daughter, Donna Lynn Bouton (Paul) and son Edward Bryant Cox. He deeply loved his grandchildren, Chad Michael Bouton and Alexa Noelle Bouton, and their guide dogs Andros, and Ava Grace. Don is also survived by his brother, Dr. Malcolm Cox, (Rita) of Pulaski, TN, and sister, Martha Watson (Joe) of Boone , NC and many nieces and nephews.
Don was known as a quiet, Christian man and when he spoke you knew to listen and learn. He worked at Eglin AFB, for 38 years. His many friends and co-workers from these years were young engineers who became not only close friends but almost like his children.
The family asks in lieu of flowers, donations be made on Donâ€™s behalf to Southeastern Guide Dogs, 4210 77th Street, E., Palmetto, FL 34221. There are a few ways to give. 1). Send your donation with Tribute to Donald G. Cox to the above address, 2). Donate online at https://www.guidedogs.org/make-a-donation/ and use his name in the Tribute section of the donation page, or 3). Call 941.729.5665 and ask to speak to Leisa Lewis in Finance and ensure she knows this is for Don Cox. Poppy D knew the impact these dogs had on his grandchildrenâ€™s life. The family will use the memorial to name a dog Poppy.
Arrangements are entrusted to Brackney Funeral Home.

Donna, I am so sorry to hear of your father’s passing. Heartfelt condolences now and in the near future.

Dear Sharlene and family, I am saddened to learn of Don’s death. Although it became rare that our paths happened to cross in town occasionally, I was always glad to see y’all. I have very fond memories of y’all from my childhood. I wish to express my sincere condolences. I pray that God will wrap his loving arms around you all and give you peace.