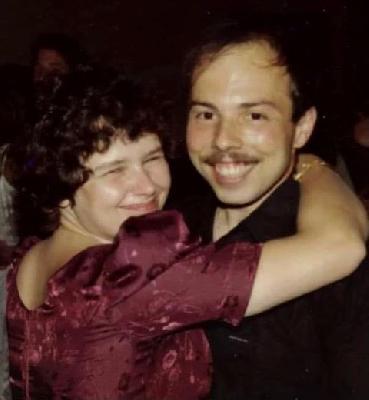 Donna Marie Stockton Nuzzi, 65, passed away peacefully on July 5th, 2021 after a long illness. She was born in Beverly and raised in Peabody, MA. Donna was preceded in death by her parents Roy and Lorraine (Ouellette) Stockton. She is survived by her husband Peter; her siblings Bernie, Guy, and Laurie; their respective spouses Tom, Elaine, and Billy. Although they never had children, Donna was proud to be called Aunt by her nephews and nieces Frank Jr., Melissa, Jennifer, Brian, Jessica, Aaron, Michele, Grace, Nicole, and Tim.
She was married to the love of her life, Peter, for 44 years. She would say they ‘were meant to be’ and it showed in their lifelong devotion to each other. Their love never wavered. They started their life together in Salem, MA and eventually made their way to New Market, NH. Donna and Pete’s pride and joy was their cockatiel, Harley. They enjoyed the many antics of Harley for over 25 years.
She worked in Salem Hospital until 1986 when she started work at Liberty Mutual as a computer programmer. In 1988 she graduated from Franklin Pierce College in NH, an accomplishment of which she was extremely proud. She worked at Liberty Mutual for over 30 years until her retirement in 2016. During her time at Liberty Mutual, she made many close friends. After her retirement, she moved to Crestview, FL. It was there, that she was finally able to relax and spend time with her beloved brother and his family.
Donna loved her Boston sports: Patriots, Red Sox, Bruins. Watching Patriot games with her were unforgettable. Her enthusiasm was so infectious. Donna’s caring spirit and heart of gold motivated her to be the best she could. That was never more evident than when she was taking care of her ailing father, even if that meant taking time off from her job, driving to hospital visits, or just being with him. She did it selflessly.
A Funeral Mass will be held at Our Lady of Victory Catholic Church in Crestview, FL on July 8th at 1pm with visitation before the service. Flowers, donations to your favorite charity, or donations to the American Diabetes Association in memory of Donna Nuzzi are all welcome.

Mrs. Nuzzi always seemed to have a smile on her face when she came in to the pharmacy. She was a beam of sunshine to see. She took very good care of her father and Mr. Nuzzi. I sure hated to see her health fail, it turned so quickly. She fought a great battle. At times she would be frustrated by her illness, but that didn’t stop her from fighting. Peace be with you. ❤️ Kimmie