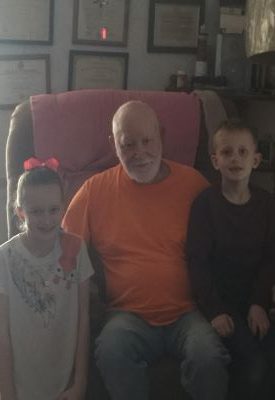 Donnie Adkison, 80 of Holt Florida, passed away Friday, August 27, 2021, at home with his family at his side. Mr. Adkison was born in Niceville Florida on August 10, 1941, he was a lifelong resident of Okaloosa County and had retired from the United States Army in 1998 as a Vietnam Veteran. Donnie worked with Okaloosa County from 1973-2008 starting in the road department and finishing in fleet maintenance. He was a member of Cornerstone Faith Tabernacle and enjoyed casting a net to catch mullet along with being an avid gardener.

Donnie was preceded in death by his parents Robert and Nancy Adkison, two brothers and one sister.

Express your condolences with flowers sent to Donnie Adkison

Our thoughts and prayers are with you all during this time.
Gary & Sandy Morrisey

Condolence to the Family
Donnie’s kindness will be missed by his family and friends.
Heaven will benefit with our loss, he’ll be waiting to greet us all in Heaven.
Soon
Moochie Shaw

Dear Renee and Mrs Adkisson. I am so sorry for the loss of Mr Donnie, please receive a hug!

We are so sorry to hear about Donnie Love and Prayers