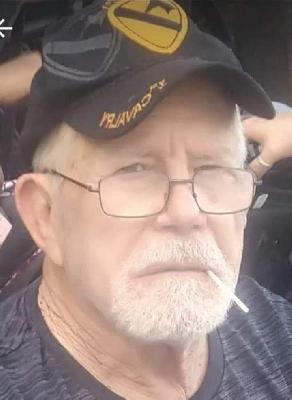 Elbert â€œButterBeanâ€ King 77 of Wing, Alabama passed away December 29, 2020 at his home. He was born in Escambia County Alabama. Elbert was a logger and retired from The United States Army 1St Air Cavalry Division.
Elbert â€œButterBeanâ€ was the best fisherman in Alabama, greatest brother in the world and his daughterâ€™s hero!
He is preceded in death by his mother Daisy Pearl King and father Alroy King and one brother Ray King.
He is survived by one daughter Kimberlee King Perkins, four brothers Royce King (Polly), Bill King (Sue), Ashford King (Ruby), and Alton King. Elbert is also survived by two sisters Gail King Pate and Net Adkinson.
Funeral services will be held Saturday, January 2nd, 2021 at 10:00AM from the Chapel of Brackney Funeral Service. A time of visitation will be held on Friday, January 1st, 2021 from 6:00-8:00PM from the Chapel of Brackney Funeral Service.
You may leave your condolences at www.brackneyfuneralservice.com
Brackney Funeral Service Crestview is entrusted with arrangements.