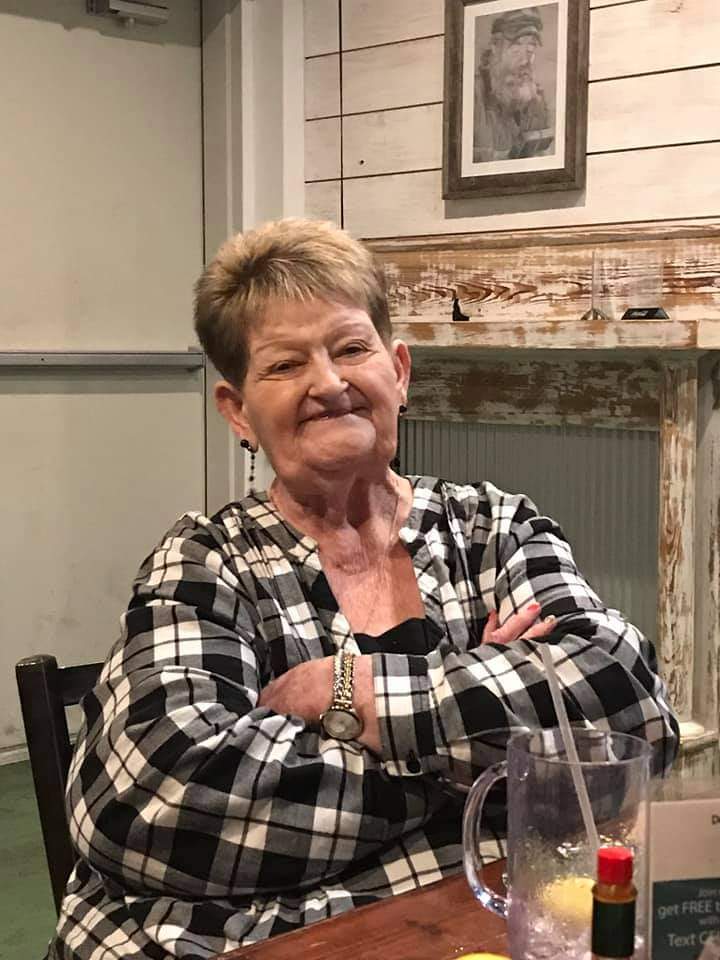 Paulette earned her wings, on Friday morning, July 1, 2022, in Crestview, FL. She was born in Fairfield, AL on February 18, 1944, to Forrest Paul and Florence Gwin. She was a 1962 graduate of Hueytown High School and married her high school sweetheart, John Hardy, on January 3, 1963. Paulette followed John to Long Beach, CA and Seattle, WA, as he served in the US Navy. When John had to go overseas, Paulette lived with her parents in Titusville, FL. In late December 1964, John and Paulette moved to Tarpon Springs, FL, and then to Fort Walton Beach, FL in 1966. In 1972, they decided to move to Crestview and make it their hometown to raise a family.

Paulette worked various jobs, but the most important job she put her whole heart into was being a wife and mother. In her free time, she enjoyed crocheting, putting together puzzles, working on crossword puzzles, sitting outside listening to her wind chimes, watching for hummingbirds and butterflies, and spending time with her family and friends. Paulette never met a stranger and has many people who consider her as their second mom. She is also Mommalette to those who consider her a grandmother, especially to her Emma Boo. She is described as a sweet, special, kind-hearted woman with a one-of-a-kind personality.

Paulette is preceded in death by her parents, Forrest Paul and Florence Gwin; her sister, Charlotte Slocum; her brothers-in-law, Ronald Annis, Marcus Hasty, and Dean Hardy; as well as her sister-in-law, Ocie Hardy. She is survived by her husband, John Hardy of Crestview, FL; her son, David Hardy of Crestview, FL; her daughter, Rachel (Kenneth) Arndt of Pensacola, FL; her grandsons, Zachery Biggs, Nicholas Arndt, Aaron Arndt, and Aiden Arndt; her sisters, Patricia Annis of Birmingham, AL, Mary Gwin of Pelham, AL, and Cindy Hasty of Tifton, GA; her brother-in-law, Thomas Hardy of Pulaski, TN; as well as numerous nieces and nephews.

Express your condolences with flowers sent to Frances Paulette Hardy

So very sorry to hear about your wife and Mother. She was a delight to be with.
May you be comforted in knowing of all the friends that she had, may God bless you all.

She was a sweet lady. She will be missed. God needed her so he sent for her by special messenger. 🙏 know she is in a better place and having a good time.

Our thoughts and prayers are with you all. Mama Hardy will definitely be missed by so many.
I love you 😘

I’m so sorry to hear about Mrs. Paulette, she was a very special lady, always so sweet. My deepest sympathy to all her family.

So sorry for your loss of your mother. She was a special lady. Loved everyone she met. Prayers and condolences 💐 for the family.