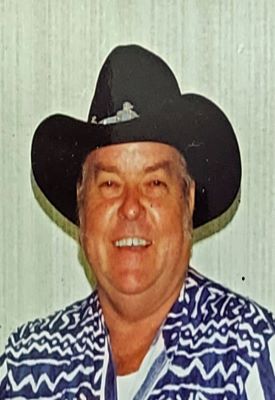 Gerald Richard Skipper, 79, of Crestview, Florida, passed away unexpectedly Monday, September 6, 2021. Mr. Skipper was born June 13, 1942, in Clermont, FL.Gerald is preceded in death by his parents L.C. and Jeanne Skipper and his oldest son, John Skipper.Gerald is survived by his wife Kazue Skipper, his sons Jeff (Cathy) Skipper and James Skipper (Michele), his daughter, Lisa Skipper, his sister, Judy Fields, a niece, Jennifer Fields Capps and, four grandchildren, Garrett and Austin (Lela) Brannon, Jessica and Alec Skipper, great-granddaughter, Willow Brannon.The funeral service will be held Sunday, September 19, 2021, beginning at 2:00 pm, from the Chapel of Brackney Funeral Service. The family will receive friends at the funeral home on Saturday, September 18, 2021, from 5 to 7 pm. Gerald will be laid to rest at 2:00 pm on Monday, September 20th at the Barrancas National Cemetary, Naval Air Station Pensacola.

In 1986, Gerald and his family relocated back to Crestview, Florida, where he would begin his military retirement. Gerald served an honorable 26 years in the United States Air Force and was a Vietnam War veteran. Most everyone who knew Gerald knew him as “Jerry,” There weren’t too many places he could go in Crestview and not run into someone he knew. Jerry loved to make conversation with complete strangers anywhere he went. Usually, the conversation would involve some kind of corny joke. Nevertheless, the talks always ended in laughter.Jerry’s hobbies included hunting and fishing with his two children Jimmy and Lisa, and bass fishing with his best friend Skip Flemming. Jerry was quite the outdoorsman and learned everything from his father, L.C., who also loved fishing. Jerry loved to hunt and fish over in Ebro, Florida, a small community situated along the Choctawhatchee River. So many life-lasting memories were made over in Ebro. Jerry would do anything and everything for Jimmy and Lisa. He loved spending time out at Ebro hunting with Jimmy and teaching Lisa how to fish and track wildlife. Jerry also taught Lisa how to use a canoe and they both enjoyed hunting aluminum cans (to recycle) from his old GMC pickup truck.The hobby that Jerry loved the most, however, was country music line dancing with his wife Kazue and friends. He and Kay were so passionate about dancing you could sense their happiness from clear across the room.

Visitation of Family and Friends

Express your condolences with flowers sent to Gerald Richard Skipper

Lisa, my deepest sympathy and heartfelt condolences in the death of your father. You and your family have been a part of my heart since I was blessed to have you in my first grade classroom. I pray you feel God’s love and peace in your heart today and in the days to come.

I am so sorry to hear this news. Skipper was one of my favorite people. He was always kind and had a kind word for me everyday. I will miss him!

This has been a sad year. Prayers to family & friends.

Ms, Kay and family, our family is so saddened by the loss of Skipper. He was quite a character and a sincere friend.
There is bridge that he helped build on our property before we ever moved here to allow access to the Northwest side. We have always called that, and will continue to call that , “Skipper’s Bridge”. Our most heartfelt condolences are extend to you and family. God Bless.

Everyone will miss Skippers jokes and love for family and friends.I have a lot of great memories of line dancing with the group of friends we had. If u need anything Kay, I’m here for you. Bonnie

Skipper family, There’s no words with enough passion to say exactly what we feel when we lose someone. Lot’s of loss around us but we keep trudging on as God would have us do. RIP Jerry. My husband was one of your fishing buddies and he loved you. He is gone now, as well, so you have a grand reunion together in heaven while he waits for me.

My brother and I enjoyed a very special and close love and friendship. I miss him terribly already as he called or texted me every day, often several times a day. Jerry was a kind, honest, funny guy who believed that family always came first. I know he is enjoying one of our favorite family reunions with those who have gone on before. May he Rest In Peace.