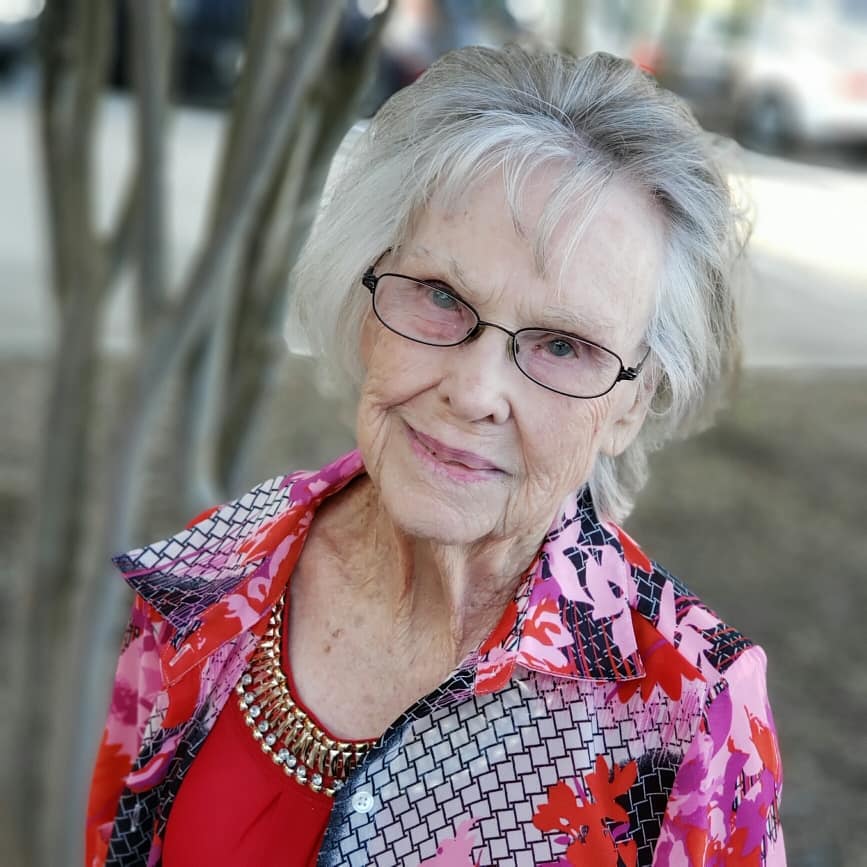 With many fond memories and love, we announce the passing of Geraldine Johnson at the age of 95.  Geraldine was born in Laurel Hill Florida on May 14, 1927 and went home to the Lord on October 23, 2022.  She was the daughter of the late Eunice Inez Steele and Barzilla Hugh Beard.  Gerry graduated from Laurel Hill High School, then spent most of her life living in Crestview, Florida until she became a Texan in April of 2016.

Gerry was known as Momma, Seester, Memaw and Aunt Gerry to her family and Ms. Gerry to her numerous friends and her church-adopted families.  Her adoptees included the service men from Duke Field, whom she welcomed into her family and supported with Sunday dinners, friendship and love.  She is preceded in death by her parents Eunice and Barzilla Beard; husband Clayton Lewis Johnson; sister Eileen Brown; brother Billy Bruce Beard; and brother Leron Beard (wife Betty Beard).  She is survived by her children, Bobby-Son Johnson; Pamela Bates (Texas); Trisha Hull (husband Brian); and her seester Faylene Beard Calabro (husband Eugene).  She is also survived by numerous nieces, nephews, grandchildren, great-grandchildren and extended family.

Gerry loved reading her Bible and was very active in the Methodist Church where she was church secretary, Women’s Bible Study leader, Methodist Youth Fellowship leader, and Women’s Sunday School teacher.  She was active in all aspects of service at the church and took people under her wing for guidance, prayer and support.  She enjoyed doing cross-word puzzles, playing Skip-Bo and Canasta, and listening to Gospel music.  Lewis Johnson often said Gerry was queening around, and we can say with certainty that Gerry Johnson earned the jewels in her heavenly crown while here on earth.

The family will receive friends on Friday, November 11 from 10:00 AM until 11:00 AM at First United Methodist Church in Crestview Florida.  The funeral service will follow at 11:00 AM, with interment at Live Oak Cemetery after the service.

A Celebration of Life

Express your condolences with flowers sent to Geraldine Beard Johnson

Sweet Gerry, You we’re a sweet lady and will be missed❤️❤️❤️❤️

Gerry was a great influence to people of a Christian life… God bless and comfort
the family and friends…..Very pleasant and happy person…

Sorry for the ones left behind to moarn but you are reaping all your heavenly rewards. Love you. One of the many cousins Mary Ulrich Fletcher (granddaughter of Clarence Johnson)

So very sorry for your loss. She lived a long life and was well cared for by her loving daughter. God speed.

I loved the time I spent with you and Lewis and some of the projects we worked on. You were the nicest lady I have ever known, and it was Lewis who welcomed me my Sunday School class those years ago. I will always be thankful for knowing you and Lewis.