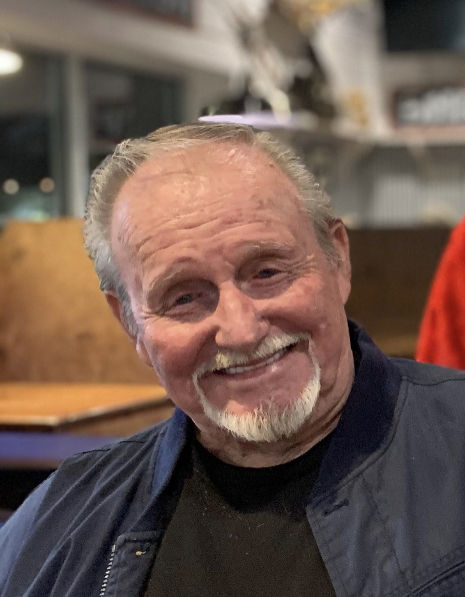 Jack was preceded in death by his father William Delma Dollar, mother Robbie Lee Myerson, and stepfather Morris Myerson. Survivors include one brother Lewis Myerson of CA. Nieces and nephews: Cindy, Dee (Bill), Wayne “Gus” (Michelle), and Tracy. He had several grandchildren: Chris, Toni, Casey, Sheena, Daniel, and Steven. Great-grandchildren included Andrew, Ethan, Caleb, Cheyenne, Brandi, and Athena. He loved for the grandchildren to drop in for a visit and he loved to hear what they were up to. Those visits would be the highlight of his day.

Shirley was the love of his life and he liked to wake her up by bringing her coffee in bed each morning. He said often that she was probably the only one who would put up with him. The children remember him being supportive in all of their interests. After long hours of work, he would still come to the after-school activities. This support continued to the end.  He was always eager to hear about how things were going for them and would give advice when needed. He was very proud of his children and showed support for them in all their endeavors.

Jack was very artistic and was able to draw out designs and then fabricate his “projects” and bring them to life. Over the years, his main hobby was riding his motorcycle with his friends.  He enjoyed playing darts for many years. He was one of the founding members of the original Road Phantoms Car Club in Florala. He also was known to many because he never met a stranger and he lived to tell a “long” story. No one remembers ever hearing him say “long story short”! He loved having a dog and enjoyed giving a detailed account to anyone who stopped by of what the dog had done throughout the day.

Services will be held at Brackney Funeral home in Crestview, FL, on Friday, February 18, 2022. Visitation for family and friends will begin at 3 pm and the service will follow at 4 pm officiated by Pastor David Bracewell.

Express your condolences with flowers sent to Jack Rondel Dollar

Shirley and children, I pray God’s Holy Spirit comfort you in the passing of your husband and dad
I know that God does such because I have experienced such

Shirley & kids, I’m very sorry for your loss, may God comfort all of you.
Laura (Mueller) Lizcano
Shalimar, Fla

Jack & Tracey, so sorry to hear about your Dad. Prayers for your Family.

Sam Barlow Sr.Family; Sorry to hear for the loss of Jack. He was one of my dads best friends for many years.They worked together on numerous projects on Elgin AFB & many other military bases in the Panhandle. Jack was one of the nicest guys I ever met….Rest in Peace…,