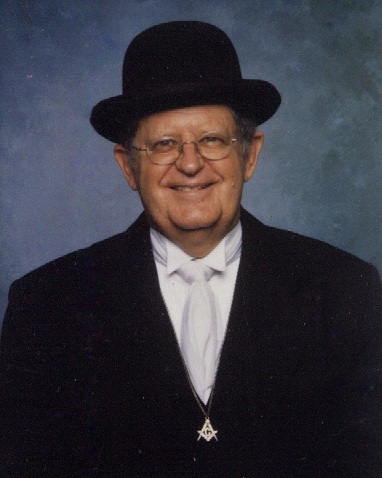 James E. Moore, 86, passed away in Crestview, Florida, on December 6, 2020. He was born October 5, 1934, in Austin, Texas to James E. Moore, Sr. and Jewett Bell Lammon Moore. He was the grandson of Rev. Arthur M. Moore, who was pastor of Euchee Valley Presbyterian Church for many years. At the age of 9, he moved with his mother to DeFuniak Springs in northwest Florida and graduated from Walton County High School. During this time, he had fond memories of being raised in The Hotel DeFuniak boarding hotel and also The Monroe Inn in Tallahassee. Jim graduated from Florida State University with a political science degree and from the University of Florida College of Law with a juris doctorate. He was admitted to The Florida Bar in 1959 and at the time of his passing, he was one of the oldest practicing attorneys in Okaloosa County. During his years as an attorney, he had served as Assistant County Attorney, City Attorney for Niceville and Fort Walton Beach, Niceville City Judge, and Crestview City Councilman. In this capacity, he was very instrumental in the acquisition and development of Twin Hills Park. He also practiced law with all three of his sons.
Mr. Jim, as he liked to be called, was very involved in the Boy Scouting program, serving as a scout leader, National Jamboree scoutmaster, assistant scoutmaster for an international jamboree where he met the King of Sweden, and President of the Gulf Coast Council, BSA. Mr. Jim and Barbara shared the 1979 Youth Leaders of the Year Award from Crestview Area Chamber of Commerce. He received numerous Scout recognitions such as the District Award of Merit and the prestigious Silver Beaver Award, the highest award for adult scouting at the council level, and the Daniel Carter Beard Masonic Scouter Award. He was still attending Boy Scout Summer Camp in his early 80â€™s.
Jim was also actively involved in the Masonic Fraternity serving in many capacities including Worshipful Master for Concord Lodge, District Deputy Grand Master, and Potentate of Hadji Shriners. He was an active masonic lecturer for over 50 years with his last York Rite presentation in November.
As a published author, Jim wrote several books relating to Walton and Okaloosa County History. While serving on the Board of Directors or working with the Chautauqua in DeFuniak Springs, he portrayed several historical figures with ties to the area including Andrew Jackson and Governor Sydney J. Catts who had resided in DeFuniak Springs. His presentations earned him an invitation from the National Prohibitionist Party to present his portrayal of Gov. Catts. In addition, he did many presentations throughout Florida of Early American toys and spread his local humor as â€œUncle Hyphenâ€ as a guest speaker. He was also known around Crestview as the â€œman with the many hats,â€ especially his famous top hat, and his whimsical animal character drawings.
Mr. Moore is survived by his wife, Barbara, of 65 years, three sons, Bert (Vicki), Bret (Isabella), Bart (Jennifer) and one daughter, Kim McBroom (Richard), along with five grandsons, Michael (Rachel) (and great-grandson Luke); Brian (Samantha); Bradley; Brandon (Chase); and Adam; and extended family member, Moni Boling (Charlotte). Also he is survived by two sisters, Quin Moore Sherrer and Ann Moore Hawryluk (Peter) as well as many nieces and nephews. He was predeceased by his parents and one brother, Arthur Bailey Moore. He was a member of First Presbyterian Church of Crestview, serving in the past as deacon and Sunday school teacher.
Because of the Covidâ€“19 virus, there was a private graveside service. Friends are invited to place sympathies at www.brackneyfuneralservice.com. Contributions can be made in memory of Jim to Hadji Shriners for Shriners Hospitals for Children, 800 West Nine Mile Road, Pensacola, FL 32534, or to the charity of choice. Brackney Funeral Home was in charge of the arrangements.

I never saw Jim without a smile. I never heard him say an unkind word about another. I always considered him a “Peerless Advocate “. My condolences to Barbara and family.

Jim was an excellent lawyer, always representing the interest of his clients. More important, in my estimation, is that Jim was the consummate gentleman, something our profession has fewer of today. What a momentous life he lived and will be missed by all. Please accept our heartfelt sympathy and know that we are keeping the family in our thoughts and prayers during this difficult time.

Our thoughts and Prayers go out to the whole family. Went to school with Brat. And Boy scouts with him also while Mr. Jim and Bob Aries were our leaders. And I did not have a doubt at anything that Mr. Jim said or did there (I can say alots growing-up happen with his over-sight, alots of boy are now hard working men). Mr. & Mrs. Jim did a great job raising kids into adults, THANK-YOU! I personally lived out on Old Bethal Road, and now I see the growing Community around their home place out there. God Bless you all!

For several years Mr. Moore displayed his old toys at Pioneer Day, a popular event held every November at Rocky Bayou State Park. He was a wonderful, enthusiastic man who delighted in showing the toys to the children! Please accept my sympathy for your loss.