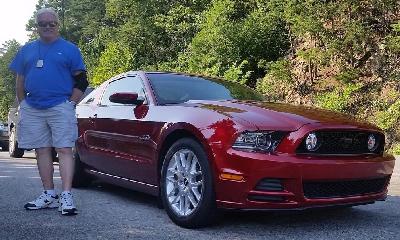 James M â€œJimâ€ Zeitler, 74 of Crestview, FL, passed away Saturday, March 14, 2020. Jim was born September 02, 1945 in Buffalo, NY, he moved to the area in 1972. He retired as a MSGT with the United States Air Force serving during the Vietnam Era, Operation Just Cause and Desert Storm. He was a member of the American Legion, Post 75 and rode with the American Legion Riders and Shoal river Mustang Club. Jim was an avid fisher and enjoyed cars and motorcycles.
Jim is preceded in death by his parents, Leslie and Thelma Zeitler, and his brother John. He is survived by his loving wife of 46 years, Jenny L Zeitler, three children, Brian A Zeitler, Jeremy T Zeitler (Ashley), and Jennifer Lynn Zeitler, two brothers, Robert Zeitler, and Dave Zeitler and eight grandchildren, McKenzie, Logan, Aubrey, Christian, Collin, Colt, Cade, and Kira.
A celebration of life will be held Thursday, March 19th at Brackney Funeral Service, beginning at 6 pm with Pastor Jim Peters officiating. The family will receive friends from 5 to 6 pm at the funeral home. In lieu of flowers please make donations to the Wounded Warriors Project https://support.woundedwarriorproject.org or the American Heart Association https://www2.heart.org in Jimâ€™s honor.
You may leave your condolences at www.brackneyfuenralservice.com

So sorry for your loss. Jim was a special friend to us. He will be missed. I never saw him without a smile and a good word for everyone. Our thoughts and prayers for the family.

So sorry for your loss. Prayers for you and your family.

To the Zeitler family,
Jim was an amazing man and great friend. He was quick to offer help anyway he could. We have so many great memories from Mustang cruises to having dinner somewhere. He will be greatly missed. I love you Jim! Race across the heavens.
Love Bonita

Recalling all the wonderful memories of Uncle Jim and thinking of you all with love in your time of grieving.

Thinking of the family in this time of grief. Jim will be greatly missed by friends as well. My thoughts and prayers are with you.

You are in my prayers. I wish I could be with you but I won’t be able to, my creek may be under water and the road impassable. Keep all the wonderful memories of Jim in your heart and have faith you will see him again in perfect health. May Christ hive you strength and peace.
Love you, Aunt Nancy

Lots of great times and memories with this great man!! He will be missed by many, but never forgotten!! Much love and prayers to Jenny and family!!!

God needed a special angel that is why he called Jim. He will be missed by a long list of people. Even though he is no longer of the earth a piece of Jim will be every person's heart that had the privilege of knowing Jim. May his family feel comfort knowing that Jim is in heaven doing things he enjoys..probably has a kick ass Pony. Jim's light shines down upon his family everyday, and his light shines though them to those they love.

God needed a special angel so he call Jim. Jim will be missed by an endless list of people. His physical body may no longer be of the earth but every single person who had the privilege of knowing Jim will forever have a piece of him in their hearts. May his family find peace in knowing that he is in heaven doing the things that he loved….probably has a kick ass pony. His light will forever shine down upon his family. Love ya guys.

I just wanted to send my deepest condolences and my biggest hugs to my family members whose hearts are torn by this loss. I love you all. Jim was a great man and I am very grateful to have known him even if it was during the reunions. God bless.

To Jenny, Brian, Jeremy and family, Jim was a great man, who cared deeply for his family and friends. He was a true patriot and real enthusiast. He will be sorely missed and forever lovingly remembered. Praying for comfort, peace and courage for you all in the days ahead. Our Deepest Sympathy, Love and Hugs, Ray, Kathy and family

Third time’s a charm.
God must of needed a special angel which is why he called Jim to be by his side. Jim physical body has completed it’s journey but a piece of his spirit is in every person’s heart that ever knew him. I hope the family has some comfort knowing that his light shine down upon every single day. Love you guys

Jenny, Brian and Jeremy, I am so sorry for your loss. We had so many good times with your family. Jim was such a good man. He will be missed. Love and prayers, Marlene

We were saddened to hear about Jim,s passing. Praying God will bring you peace.

Jenny and family. I am so sorry to hear of Jim's passing. I always enjoyed him when he came into the office and when I saw him out and about. He was quite the character and always made me laugh. It was a honor to have him around. I will miss him. I pray that the Lord will wrap his arms around all of you and give you comfort and peace during this time.