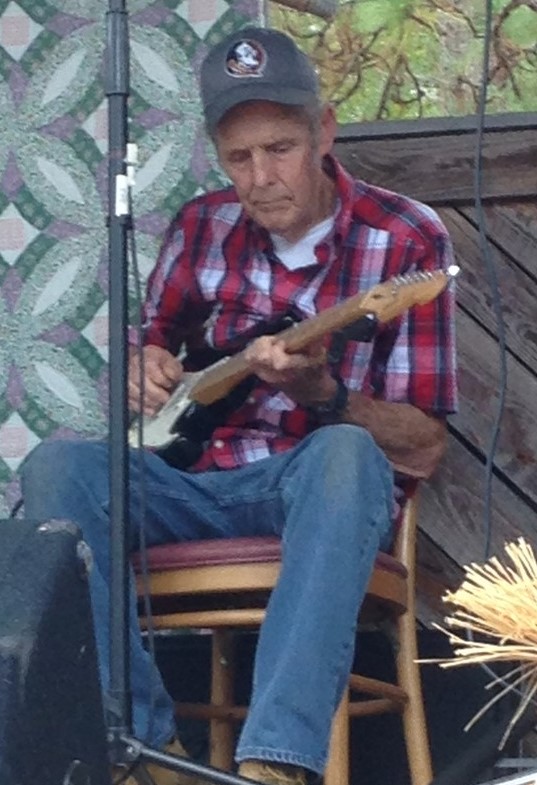 Jimmy Charles Henderson age 77 of Crestview died at home peacefully in his sleep March 5,2022. Born March 7. 1944 in Campton Florida and moved to Crestview shortly after. He was a Plumber/carpenter by trade and built the cabinets that are in our local Baker Block Museum.

He loved watching sports with football being his favorite. His favorite college team was FSU and favorite NFL team was Miami Dolphins. He loved reading and working outside and spending time with his family. He loved music and was a prolific guitar player of 60 years who played guitar with our local celebrities such as Mack Brooks and many others and played “professionally” with Chris Golden and The Goldens.

Jimmy was a one of a kind, he would go to the local McDonalds and get his wife her coffee every day for 30 years!

Jimmy is preceded in death by his mother and father, Rudolph and Hazel Henderson and brother Glenn Henderson.

A gathering of family of friends will be held Wednesday, March 9, 2022, beginning at 12:00 p.m. from the Chapel of Brackney Funeral Service.

In the words of Jimmy Henderson “Keep on Keeping on”

A Gathering of Family and Friends

Express your condolences with flowers sent to Jimmy Charles Henderson

Sherry and family,
I’m so very sorry for your loss. I’m saying prayers for comfort and sending love.

Didn’t know this man but just found out he and I have the same birthday which is cool. Never got to meet you man but hope you rest easy in Heaven. Don’t know what you went through to cause your death but you’re a Pisces like me so I already know you’re one heck of a sweet person a loving person and now you’re safe of the loving sweet Master. You lived a long life you came along like 35 years before me so you were also very wise no doubt…Heaven gained a sweet angel. Sorry you passed away two days before our birthday that we never got to meet

So sorry for you loss! You are in my thoughts and prayers