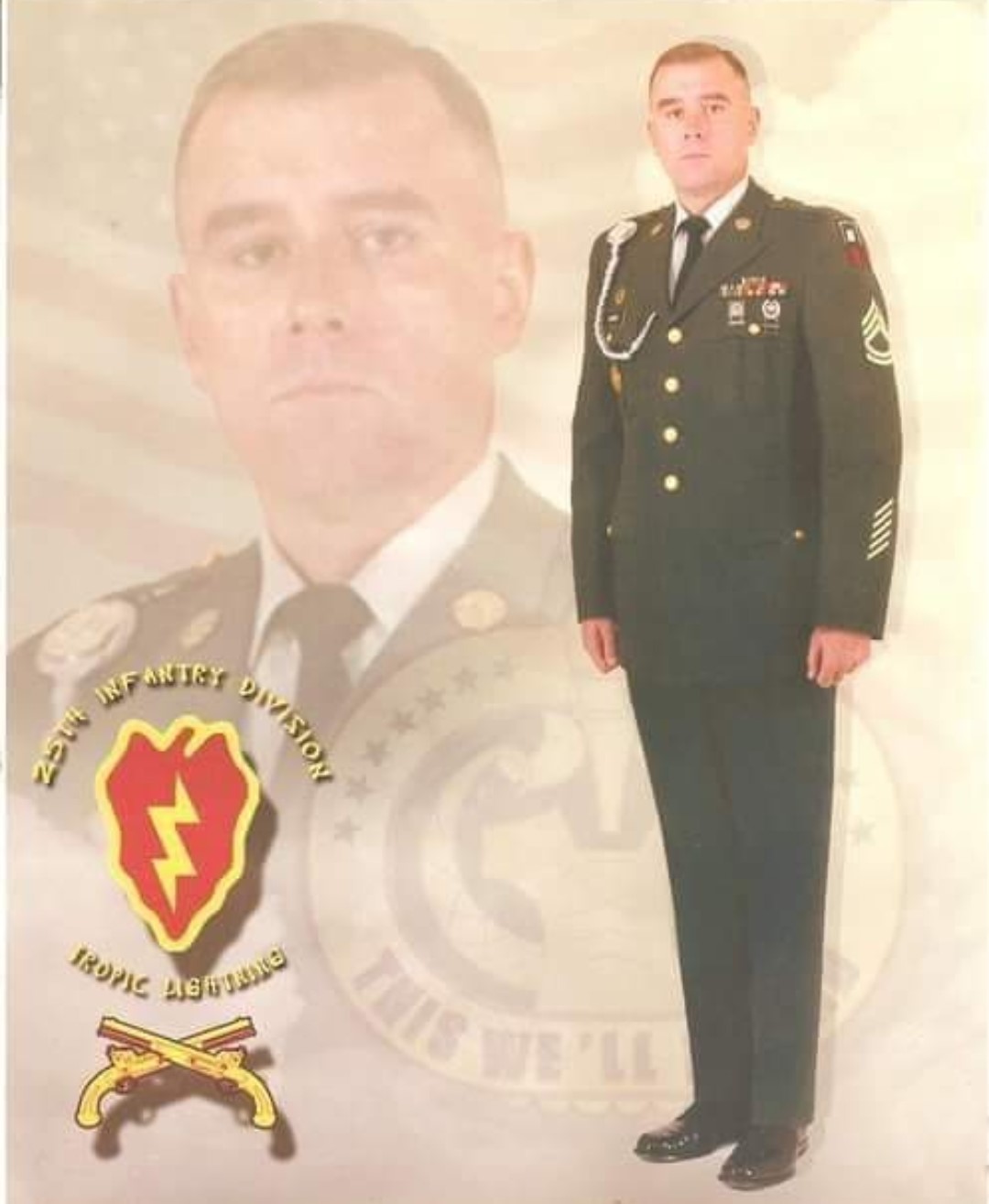 With deep sadness and heavy hearts, we inform you of the passing of our beloved Husband, Father, Brother, Uncle, Cousin, Friend, and Mentor, John Riemer, 64, who passed away on Monday, November 7th surrounded by his loving family in his home.

John joined the United States Army in 1976 and proudly served his country for 20 years in the Military Police Corps and 3 years as a Drill Sergeant before retiring in 1996. After completing his last tour in South Korea, he moved his family to Crestview, Florida. John was a motorcycle enthusiast, he enjoyed playing baseball with his son, traveling, fishing, and watching football with his dogs.

John was loved by many and will be greatly missed by all.

A Gathering of Family & Friends

Express your condolences with flowers sent to John Riemer

Dad, I still don’t really have the words I wanna say yet, I just want you to know I Love you more than anything, you were my everything my rock, my foundation. I promise to live up to your name. I’ll see you again soon -Ratster

John you were a great friend and enjoyed your presence and conversations all the time. Till we meet again.

John it doesn’t seem real. I still look for you to come into the American Legion and say “What’s up Prez!” You will be missed by many here at the Post. Especially Steve and I. We wish we could of went on one last ride with you. I know you are whole now with your heavenly father. You gave it your best fight. Fly high my dear friend.

Our deepest condolences to you, Monika and Sonny Boy. John was a great friend and we were lucky to share lots of delicious recipes for grilling and smoking meats as well as cocktails for relaxing round the pool.We are thankful for John who showed us his love for his country and proper flag etiquette and with his love for his family, how to be a great husband and father. He was the best buddy to Chris and I for 17 years and we will always carry him in our hearts ♥️ His strength and endurance and his fighter’s spirit will live on with his beloved son Brent. All our love xx Chris and AimeeJo Jim-Bob

Monika, Brent, Chantel, and all of John’s extended family and friends,
There are no words to express how sad we are to learn of John’s passing. I LOVE hearing the stories about these soldiers and their crazy antics. John impacted so many people as a mentor and as a friend. I am so glad I got to meet this man/legend! We enjoyed our visit with you all so much! John was greatly loved and will be greatly missed. We are so very sorry for your loss. Sending you all big hugs, much love, and many prayers.

John,
There’s no words Brother, you will be truest missed and remembered. Thanks for giving me my first Harley ride and takin me in at the Legion as one of your own. All the memories will be cherished. Rest In Peace Brother.

John,
You were a great friend and a special man to everyone! You will be missed by many.
RIP BROTHER!

John i met you in Aschaffensburg FRG it was a great time with you and Monica. We were young and had the world ahead of us 🇺🇸
Have a pop for me in heaven my brother.

John, you were a good friend and man. Thank you for everything you did for the post and for myself. You always were a good sounding board when I need help. RIP and I’ll see you on the other side…

I was stationed with John in 4th Platoon, 212th Military Police Company Aschaffenburg, Germany from 1978 till he or I was transferred. John was dating Monika at the time and we endured many parties with other MPs (still have photos). John was a good person to work with, always had your back and nobody usually gave him any guff (he spoke some German also).
As with many of our military friends we loose contact. I was hoping to see John at one of our reunions but he was unable to attend. Ed Harper who also was stationed with us gave me the news of your loss.
My condolences to Monika and their family. May God bless and hold you during your grieving.

Johnny I just can’t find the words. Your friendship meant the world to Chris and I. We had so much fun in your backyard bar watching NASCAR, the Army/Navy game (Go Navy, one last time) or just hanging out. You have touched so many lives in a positive way that I know you will never be forgotten. Rest in Peace Sarge. Taps are playing for you.

Our deepest sympathies to Monika, Brent, their family and friends. It saddens my heart to know we have lost John and wish we could have seen him one last time. John was a good friend and will be deeply missed by all. He had the best stories (when I could understand him LOL). And a great sense of humor. He is at peace with our Lord now and I know he will be there to greet us all when it is our time. Much love and prayers.

So sorry for the loss of John. He was a great man that had time to talk to everyone. We had some great conversations and those will always be cherished memories for me. I know he and Paul are definitely having some good conversations right now!
Prayers for his family during this difficult time.

It was a pleasure and honor to be able to meet and be with you all in this chapter. My heart goes out to you all and will be praying for your family. Our love and compassion from St. Catherine’s at Sacred Heart.