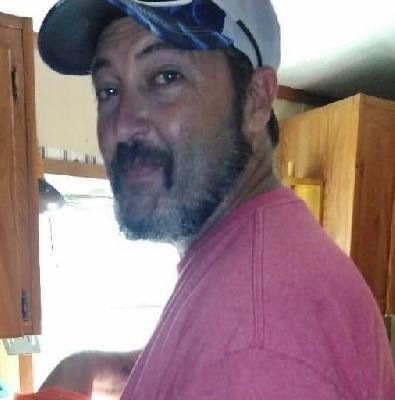 Kenneth â€œKennyâ€ Butler, 46 of Red Bay, FL, passed away Wednesday, January 20, 2021 at home in Ponce De Leon, FL. Kenny was born August 19, 1974 in Milton, FL, and was raised in Crestview.
Kenny was a 1993 graduate of Crestview High School, he was a plumber by trade, he enjoyed fishing and hunting, staying on the river. Kenny was a family man and kindhearted to everyone he met.
Kenny is preceded in death by his father, Larry Butler. He is survived by his mother, Gloria Butler, FiancÃ©, Lisa Brooks, stepson Hunter, daughter, Makayla Fox (Jerry), one brother, Jamie Butler, four grandchildren, Tucker, Sylar, Winter Brooks and Noah. Also, numerous Aunts, Uncles, Cousins and extended family and friends.
Services will be held Tuesday, January 26, 2021 from the Chapel of Brackney Funeral Service, beginning at 2:00pm, burial will follow at Beaver Creek cemetery, Baker, FL. The family will receive friends Tuesday, from 1 to 2 pm at the funeral home.
You may leave your condolences at www.brackneyfuneralservice.com

Kenny’s passing brings sweet memories of our family’s relationship with him since we moved up the road from you when Bryan 15. Bryan and Kenny enjoyed a close friendship through their middle and high school days and kept in touch when possible as adults.

It was impossible not to like Kenny with his outgoing personality that captured your heart quickly. His sense of humor entertained, his love of life was contagious and we loved him like family. I still remember the day he brought Makayla to introduce her to me while I was working barefooted in the garden. “Proud Daddy” was written all over his beaming face!

I was blessed to be his teacher for a time. Our class attended a few field trips that he made even more fun. He would do anything for me and showed tremendous respect. He would quickly chastise anyone who was rude to me. I’m glad I got to know him even better that year.

Even when Bryan was not home Kenny would come by the house just to check on us and sometimes called me “Mom”! It was an honor, not because he thought of me as a second Mom, but because I knew how dear that word was to him. His devotion to you, Gloria, was obvious and he expressed how much he loved you many times. He knew how to help people to feel good about themselves!

In high school the girls chased after him and he always had a girlfriend. If they broke up it was maybe a day to a week before he had another. Some said he was a “ladies man” back then, but he loved family and took his rolls as son, brother, husband, father and friend seriously! He worked hard to be the best person he could.

Kenny and I had many heart-to-heart conversations over the years as he matured and he felt welcomed enough to just pop in on a whim. On one cold day I left the garage door up enough for the dogs to get out of the cold…Just enough for them to crawl under it. I heard a knock at the door to the garage knowing no one should be in there with the door almost down to the floor. I saw no one when I looked through the peep hole. As I was going to get my gun I had a glimpse of a man walking by the window towards the back of the house. Thinking it was someone up to no good, I went to get the phone, gun in hand, to call 911. I then recognized Kenny’s voice calling me from outside the door! Boy, did I bless him out telling him I could have shot him! Only slim Kenny could have crawled under that door. I was extremely mad at him for scaring me. He apologized and felt bad about it. We have laughed many times about the day he crawled like a dog under my garage door.

We, who knew Kenny are better for it. I know he had a positive impact on many during his too short of a life. His joy in life was over flowing to everyone. Kenny did more living in those years than most do in 90 years. I pray for you, Gloria and the family, that God will hold you in his arms and you will cling to Jesus for comfort, strength and peace.