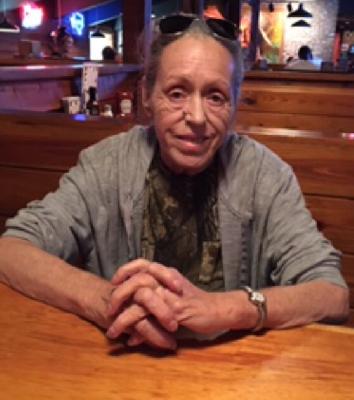 Marcia Chessher Gaillard, age 68 of Holt passed away Friday November 6th. She was born April 06, 1952 in Crestview and is a lifelong resident. Marcia worked with Keltec until retiring and was a member of The Church of Jesus Christ of Latter Day Saints, she was also a registered, Eastern Creek Indian.
She was a 1970 graduate of Crestview Highschool, then attended cosmetology school. Her family and grandkids were most important to her. When younger, she enjoyed fishing, gardening, and playing the piano.
Marcia is preceded in death by her son Scott Gaillard, a brother Marvin Dean Chessher and her parents, Marvin Eddley & Fronia Jeanette Chessher.
She is survived by her husband of 47 years, Jimmy Gaillard, daughter Callie Gaillard, brothers James Eddley Chessher and Eligha Joey Chessher, sister Paula Dell Barrow and grandchildren Mckenna Knowles, Jaylah Johnson, and Travis Lundy, numerous nieces, nephews and friends. She will be greatly missed

A graveside service will be held Friday November 13 at 12:00 at Old Bethel Cemetery.
You may leave your condolences at www.brackneyfuneralservice.com
Brackney Funeral Service Crestview is entrusted with arrangements.

Will miss you, we went to school together and very good friends all these years.JIMMY, EDDY and I send our prayers and heart.

Marcia was ten years old when I arrived on the scene. We were sisters and roommates in our childhood home. We laughed, cried, argued, shared stories, secrets, hopes and dreams. I remember all of her first happenings car, boyfriend, high school graduation, cosmetology school, jobs, marriage, children and grandchildren born. Her greatest accomplishment in life was being a dedicated wife, mother and grandmother. There was most always a breakfast and evening meal cooked in the home and I mean some down home food!! Marcia loved her daughter Callie with all her heart. She insisted that she attend college and inserted her foot as needed to ensure she obtained her goals. On graduation day Marcia was beaming with pride. She lost a son shortly after his birth and endured that sorrow the rest of her life. I have no doubt her first night in heaven she rocked her baby boy to sleep. She was a make no bones about it person with a feisty side and if you crossed it you would hear about it. Marcia had a loving heart, and a kind soul. She was a good person, never caused a problem, minded her own business and loved her family. I am blessed to have shared my life joys and sorrows with her as a sister. RIP until we meet again.

A lot of fond memories through my adolescent stage with Mrs Marcia. From backyard fires, steaks on the grill, parties under shoal river bridge,clutch going out on truck qhile skipping school, football games, wherever Callie was you could bet Mrs Marcia was sure to show up…a comment I will never forget of hers, ” you better believe I am watching yall, and even when I'm gone I'm gonna have my eyes put in a mason jar on the manyle so I can keep watching…lol…she was something else, one of a kind and never forgotten! Love you Callie!