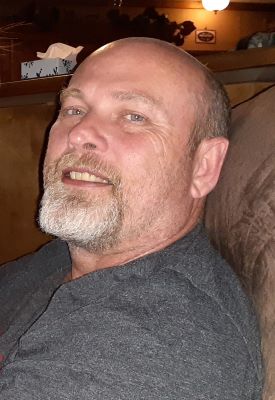 Michael Ray McLain, 52 of Crestview Florida passed away on Wednesday, October 13, 2021. Michael was born on July 1, 1969, in Greenville, Alabama to Jimmy Ray McLain and Sylvia Esther Roberts. He graduated from Theodore High School in Theodore Alabama then after he enlisted in the Army and served five years which included the 101st Airborne Division in Desert Storm. Michael had his first daughter while he was in the Army then a bit later, he married his wife April and had three sons; David, Austin and Hunter McLain with two grandsons to follow. Michael had been employed by Vertex Aerospace as a structural assembler for aviation since he was in the military. His wonderful personality made everyone love him as he was always joking and laughing. Fishing and Hunting were his favorite hobbies along with spending time with his family and friends.

Michael is preceded in death by his parents, Jimmy Ray McLain and Sylvia Esther Roberts, his sister, Pamela Mitchell.

A gathering of family and friends will be held Saturday, October 23, 2021, beginning at 10:00am – Noon, from the Chapel of Brackney Funeral Service.

A Gathering of Family and Friends

Express your condolences with flowers sent to Michael Ray McLain

Mike you was amazing ,funny ,kind man. We love you and will miss you!
Aunt Jo

April, Kimberly, David, Austin and Hunter, we are so sorry you lost your “with all his heart” loving Husband and Father. You all were his heart. Michael was my favorite uncle because we were closest in age 🙂 I wish we could be there but I have some medical tests for both Saturday and Sunday.
But it is only God’s Grace that will carry and strengthen you from now on.

With all our hearts,
Lamar, Matthew, Brian & Zara

My condolences to the McLain family, I worked with Mike back during the L3 days and he was a funny, energetic person who loved his family. He will be missed! Prayers for all!

Mike and I met at work. We argued … logistics vs operations but we always came together in the end to get the job done. He was an amazing man, husband and father. Always talking about his family. He will be so missed.♥️

My condolences and prayers goes out to Mike’s Family! He was amazing guy and I enjoyed working with him at L-3 Communications. He always made me laugh when I was having a bad day! RIH MY FRIEND! I asked God to give comfort to his wife, sons, and daughter and the rest of his family!

As everyone else has said already.
mike had a remarkable personality that touched everyone he had came in contact with.
I worked with and under mike at L3 communication/ vertex.
I enjoyed joking and arguing with him in good spirits about many different subjects.
He will be definitely missed by lots may god bless his family with comfort.

I had the pleasure of meeting him through work at L3 . He was a nice guy who always made ya smile. Prayers to his family.

He was one of my closest cousins and friends. You will be missed.

Mike was a great guy! I loved working with him. He always had an infectious smile and laugh. My heartfelt sympathy to his family. RIP Mike. ❤️