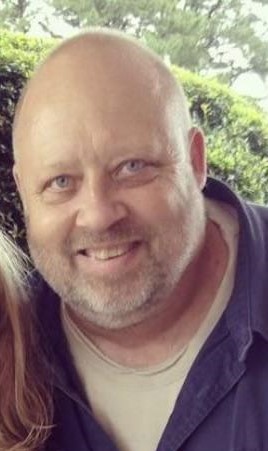 Nicholas (Nicky) Scott Henninger, 61, passed away September 22, 2021. He was born in Warner Robbins, GA to Gene and Betty Jo Henninger on February 24,1960.
Nicky graduated from Crestview High School in 1978 and married Sonya Hilburn on December 22, 1984. He founded NC Manufacturing in 1991 and later sold it and continued serving as Vice President, Design and Technical Sales. He was a member of Woodlawn Baptist Church. He enjoyed watching NASCAR and sprint car racing, going Jeeping with Sonya, and being Paw Paw to his seven grandchildren.
He is survived by his wife Sonya Henninger; his daughter Alicia McNeal and granddaughters Alyssa, Brianna, and Casey; his son Nick Henninger, daughter-in-law Brooke, and grandchildren Noah, Olive, June, and Isaac; his son Byron Henninger; his son Howard Henninger; and his brother David Henninger and sister-in-law Claire.
Visitation will be held at Woodlawn Baptist Church on Friday, October 8 from 5-7pm. Arrangements by Brackney Funeral Service.

Express your condolences with flowers sent to Nicholas Scott Henninger

Dear Sonya,
I am so very sorry for your loss. Please accept my sincere condolences. Please know that I am lifting you and your family up in prayer.

Dear Sonya and family,
We are so sorry you have lost the patriarch of your family. Nicky was always so quiet but ever present. We know you are settled with whatever God had in mind for Nicky but you all will miss him dearly. Please know we are still praying for all of you that you will feel the peace of Jesus Christ everyday. We love you all.
Uncle Glenn and Aunt Faith

Sonya, I am so sorry for your loss. Your family is so special. Prayers for you and all the family.

Dear Sonya and family,
I am so very sorry for your loss. Even though you have a peace about this, I know your hearts are hurting. I’m praying for continued peace and comfort for you all as you move on without Nicky being here with you. He is not hurting or suffering any longer, but rejoicing. And you will get to see him again. He will be missed by so many who love him. I love you all so much.
Love, Kelley Jagielski

Sorry for your loss. Words are not enough. Were praying for you all.

Sonya, Nick, and family, I am so sorry for your loss. We are sending you love and offering prayers during this difficult time.

So Sorry for your loss, praying for the family.
Ray Schnichels

I am so sorry for the loss of your Loved One. Prayers for your family

Sonya,
My heart is heavy with sadness for you and your family. I shall keep you all in my prayers.
The pain and sorrow over the loss of your dear Nicky shall only serve to remind you of the lifetime of love and memories you two shared. Let that love be your light when the grief seems to bring nothing but darkness. Lean on God and each of us when it gets to hard to stand.
Celebrate the life you built together and always know he shall be watching over you always and will forever be at peace.
I love you my friend.

Sonya,
So sorry for the loss of Nicky. It was good to have seen you both over the summer at our high school reunion. Prayers for you and your family as you get through this week and for the months to come.

Sorry for your loss. My condolence and prayers for God to bless you and your family with strength and comfort during this time.

Sorry for your loss.he was a good and caring man prayers for your family

May God hold you and yours in His arms. My thoughts and prayers are with you. We know that when our chores are done we will be with those loved ones who have gone before us. I love you Cuz.

Sonya & Family,
So sorry for your loss. Hold tight to the memories and remember the good times!

Sonya, I am so sorry to hear of your loss. You and your family will be in my thoughts and prayers. I know your children and grandchildren will be a comfort to you. Take care –
Deana Boan Baggett

Sonya I am so sorry for your loss. You and your family are in my thoughts and prayers.

Our thoughts and prayers are with Sonya and family. Nick was a wonderful friend, father and touched so many lives in such a positive encouraging way. He will be greatly missed.