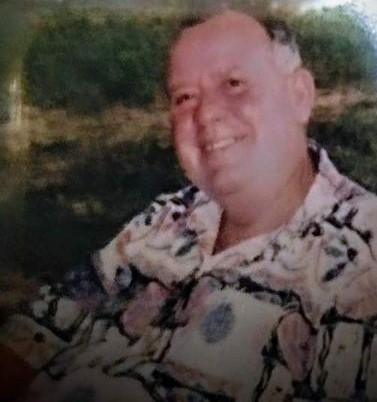 Paul Daniel Chessher, 69 of Crestview Florida, passed away on Saturday, June 4, 2022. Paul was born on January 19, 1953, to James Dewey & Jennie Chessher in Crestview Florida. He was a lifelong resident of Okaloosa County and owned Chessher’s Tree Service. Paul was a veteran of the United States Army during the Vietnam Era and a member of Airport Road Church of Christ.

Paul is preceded in death by his parents, James and Jennie Chessher, his brother, Raymond Chessher, his sisters, Elsie Ward & Linda Chessher, a granddaughter, Vanessa Chessher and his first wife, Elizabeth Holmes.

A funeral service will be held Monday, June 13, 2022, beginning at 11:00 a.m., from the Chapel of Brackney Funeral Service, with Pastor Curt Rainey officiating. The family will receive friends, Monday, June 13th from 10-11 am at the funeral home.

Express your condolences with flowers sent to Paul Daniel Chessher

Y deepest condolences and thoughts and prayers for Sandra Chester and family !
From Kathleen Matthews and family!

My deepest sympathy for the loss of Paul’s family!! He will be truly missed!! Love yall 💓 see you on the other side Paul,, LOVE YOU MAN! Pamela dubose Chessher

Such a loss for all the family and his friends. Uncle Paul we will love and miss you always. Fly high our brave angel. ♥️♥️
Billy and Joelen Smith

Paul was my dads War buddy and hometown friend. Just felt like part of the family my whole life. Sandra I send my love and lift you up in prayer. Jason, Skylee, Justin, and Jennifer my heart goes out to yall. I love you and sending my prayers for strength. Give ya momma a huge and long embrace for me. Remember we will see him again.

RIP Paul, you was hell on wheels and will be greatly missed. Fly high soldier

Uncle Paul, Oh how miss you so very much, I love you Uncle Paul and I can’t believe you are gone, I need my Road Dog back Uncle Pauley 😉 I love you So much. Tell V I said hey and I love her too and I will do my best to keep the rest of the clan straight. Fly high Uncle Pauley. Love you

paul and family, especially eugenia and jerry the stiller family virginia, marie,. annie.lucy and cora are so sorry. we just heard about it. so so sorry. we love y’all