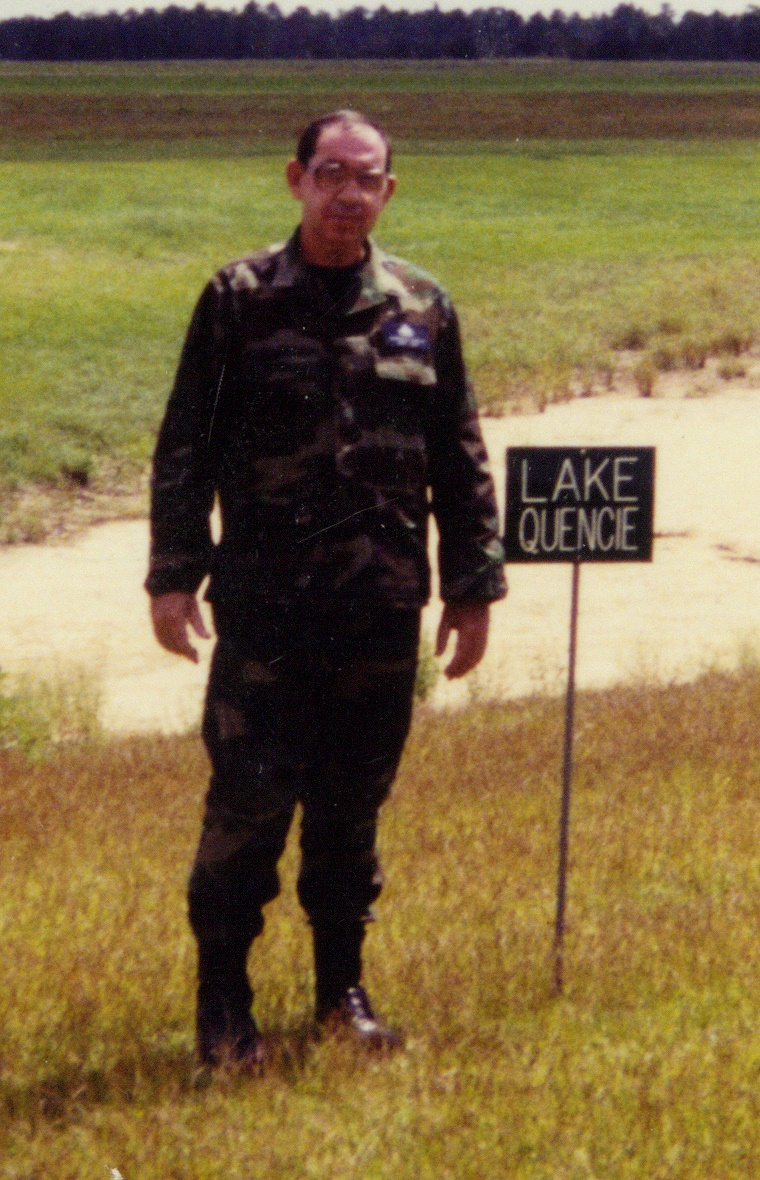 Mr. Cook was born in Robertsdale, Alabama on October 16, 1938, to Gladys and Quencie Cook Sr. He moved to Okaloosa County in 1946 and was a lifelong resident. Quencie married the love of his life Margaret Baker in 1965 and had three children. He served in the United States Army and then was a retired Master Sergeant with the United States Air Force. After retirement he worked as an electronics mechanic foreman with the civil service at Duke Field and then was employed by the Okaloosa County School District as a bus driver. Mr. Cook stayed very active in sports he loved to bowl, play volleyball, play men’s softball and watch football and baseball. If there was a game on television, he was there watching and cheering on. Quencie loved spending time with his grandchildren so much that during summer break he would gather them up when he could and go on adventures.

Quencie is preceded in death by his parents, Gladys and Quencie Cook Sr, his brother, Robert Cook.

Louise and family,
We are so sorry to hear of Quencie passing away. We truly loved him. He was always so sweet to talk to me when I would call with a prayer request. Please know we love you and are praying for you. If we can do anything please let us know.

We are very sorry for your loss. We will keep you and all the family in our prayers.

Louise, I am saddened by your loss. I know how much you adored and loved Quencie. Whenever you were sick I would call and say “if theres anything I can do to help call me”. Your reply would be “Quencie takes good care of me.” My prayers and love through such a time as this. Jean Guinn

Louise, I am so sorry to hear of your family’s loss. I worked with Quencie for many years and he was a pleasure to know. Even though we both retired from Duke years ago, we always managed to stay in touch, even if it was just a Christmas card. I’ll miss you, buddy.

So sorry to hear this tragic news. known Quincy for a number of years while working at Duke field. He was good friend and a good friend. Always had a good answer for any question asked. My condolences go out to his family. I’ll remember him always. RIP Quincy.

So sad to hear about Quencie. He was a dear friend , a fellow Duke Field Warrior and a good soft ball player. Best regards and condolences to the family,

Louise and family, sorry to hear of your loss. I worked at Duke Field with Quencie for many year’s. Quencie was a good man and will be dearly missed. I will keep you and the family in my prayers.

Mrs. Louise and Family, I’m thinking of you during you time of loss. I only met Mr. Quincy once, but he was a very pleasant man to talk to. Praying for you all.

Jim and I were sad to hear of the loss concerning Quencie. Sympathy to the family and sure the Holy Ghost comforter has come to comfort the family. Quencie was a good loyal friend to Shoal River Bowling Center, especially to the Youth League. He was always encouraging with a smile, and ready to give excellent bowling tips as he himself was a accomplished bowler. Again, sympathy to the family for their loss.

Quencie was one of the kindest people I knew from Duke Field. Whenever we’d see him up town he always had a hug and smile and kind words. One of a kind. Will surely miss him. ♥

So sorry to hear of Quencie’s passing. God’s Love to surround Margaret, Chris and all the Family I pray.