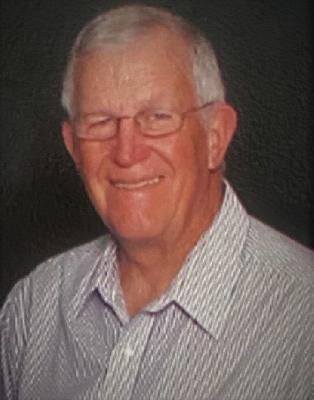 Rex M White, Sr. 80, of Crestview, passed away Thursday, October 29, 2020. Rex was born April 25, 1940 in Damascus, AL. He moved to the area in 1974, living in Niceville and moved to Crestview in 1995. He had a long and rewarding career and was known as the Sunbeam Bread Man. Rex was a member of Liveoak Baptist Church, where he was an active member, serving to help keep the Church grounds maintained. He was also a Veteran of the U.S. Army, a volunteer firefighter when he was younger in Brewton, a 1959 graduate from W.S. Neal High School, and an avid weightlifter in his younger years. Rex enjoyed spending time with his family and grandchildren, cooking breakfast was his specialty, and he enjoyed his puppies.
Rex is preceded in death by his wife of 30 years Dorothy Lisenby White in 1990. He is survived by his wife of 25 years Marie White, four children, Rex White Jr. (Gina), Tina White Hicks (Woody), Jeff White (Jane), Jan White Funderburg (Danny). In 1995 he gained a blended family with the addition of Marieâ€™s children, Lisa Casey (Kevin), Tommy Blue (Melinda). He is also survived by his brother, Jack White, sister, Pat Williamson, 22 grandchildren and 2 great-grandchildren.
A graveside service will be held at Sunset Cemetery in Valparaiso, Monday, November 2, 2020, beginning at 11:30, with Pastor Jerry Nelson officiating. The family will receive friends Sunday, November 1, 2020 from 3 to 5 pm at Brackney Funeral Service, Crestview. Flowers are appreciated of contributions to Liveoak Baptist Church.
You may leave your condolences at www.brackneyfuneralservice.com

My deepest condolences for your family and your loss.

We are sorry to hear of Rex’s passing. Rex was a kind and wonderful man. It was a pleasure to have worked with him and learned from him. We pray for peace and comfort for the family. John and Shirley Thomas.

Frank and I are so sorry for your loss. We send our deepest condolences.

Jan and family. We are so sorry about your dad. It is never easy to lose a parent, but this corona virus is so unfair! Pray you find comfort in your memories and in God’s peace. â¤ï¸â¤ï¸

To the White family. I will never forget your family.
You all were wonderful friends. May God bless you
During this time of sadness. Velma and Ken Nicholson.

Uncle Rex all those talks you had with Jeff and me I really did listen to your advice about life! Thanks for putting up with me every summer and I know I stayed to long every summer! This went on for years but I didn’t want to leave because of the big family you had! I was the only chid and every summer I got to have a big family myself! Thanks for the honeybuns everyday when you came home and making my stay there and treating me like I was yours!! Almost forgot thanks for taking us to the coldest creek in the world Turkey Creek!! I’ve got so many memories of you and my cousins when I was a kid and I just wanted you to know thanks for sharing them with me!! Love you Uncle Rex and cousins!! I got one more!! Do you remember when me and Jeff hid in my dads race car for hours and watching all of you looking for us? Then the police came!!! We knew we were in trouble then! Me and Jeff never did that again!! I love all of you!!

It is with great sorrow the family of Wilmer & Addie White send our sympathy to the family of Rex M White, Sr.
Love and prayers, Jimmy, Doris, Rachel and Dean

So sorry to hear about Rex passing. I hadn’t seen him in a few years and I was also sorry to hear that Bobbie Ruth had passed. Would love to see you, Pat and Jack. Frances

Rex, Jr., Tina, Jeff and Jan, you are all in my thoughts and prayers. I have so many wonderful memories of Uncle Rex, Aunt Dot and you children from when you all lived next door to Pat and Roy on Fairview Circle in Brewton. Love to you all!