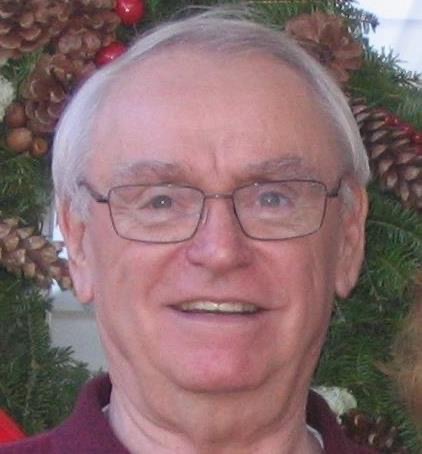 Richard Herman Behnke Sr, age 88, passed away on 24 June 2022 at his home in Laurel Hill Florida.

Born in Coldwater Michigan on 10 December 1933, Richard enlisted in the United States Air Force as a Clerk Typist and is a Korean War veteran.  After completing his enlistment, he settled in California and worked in the electric power industry for San Diego Gas & Electric and the Sacramento Municipal Utility District and retired after a lengthy 42-year career.  Richard was an ordained Chaplain, a giver, comedian, and loved all people.

Richard is preceded in death by his father Herman, his mother Ruth, and son Donald Behnke.

A funeral service will be held on Thursday, July 7, 2022, beginning at 2:00 p.m. from the Chapel of Brackney Funeral Service with Pastor Fred Jordan officiating. Burial to follow at Beal Memorial Cemetery 316 Beal Pkwy NW, Fort Walton Beach Florida 32548. The family will receive friends Thursday, July 7, 2022, from 1-2 pm at the funeral home.

In lieu of flowers a donation to www.alz.org would be appreciated.

Was very saddened to learn of this Joan.

Take care, thinking about you and your family at this time. May the comfort and strength of our Heavenly Father be with you all.

My condolences Rick to you and the Family. I 🙏🏾That our Father will give you all strength to endure. ❤️❤️🌹🌹🌹

Dear Joan (and family),
I was very sad to learn of Dicks passing. I know it’s very difficult to lose your life partner, friend and love of your life. I pray that the Holy Spirit will comfort you all and strengthen you as you go through this difficult time. But I know there is much rejoicing as well 😊, since he is finally home with the Lord and out of any suffering…in that we REJOICE! 🙌🏼 God be with and comfort you. Love Nancy

Rest in Peace Big Brother. Thank you for the memories over 81 years of being together. I remember before you left for the US Air Force in 1951 the times you and Donald would gleefully toss me down the hill into the pile of leaves at the Farm. I remember the many times you would let me ride in the trunk of your car to the Free Movies at East Gilead, Michigan, and than disappear to let me walk home 3.6 Miles, 1 Hr 14 Mins. to Bethel, Michigan alone. Yes, I would have been about 8 years old. Later I remember you letting me drive on the Pennsylvania Turnpike going to visit a service buddy. Yes, I was about 12 yrs old. Later when you, Joan, and Laura moved to Oviedo, FL, I remember the Family Dinners, Family Parties at Brian’s, and at various friends. I remember when you and Joan moved to Laurel Hill, FL to be helped by Susan and Glen in you final months. and where you received great love and care. Of course, there were the many times when we video chatted to just catch up. I will miss those times, but I have the memories. Thank you for being my Big Brother.