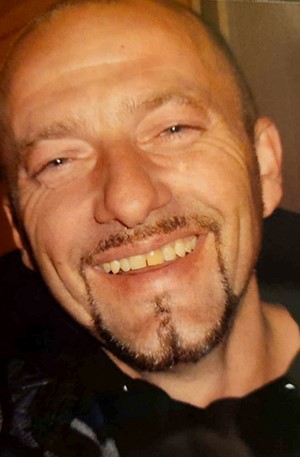 Robert was born Dec. 26, 1970 in Chicago, Illinois to Earl Triplett and Charlene Wetch.

Growing up in Chicago, Rob enjoyed riding his dirt bike and performing stunts like Evil Knievel; riding around in his car listening to his music loudly. His love for working with his hands, fixing cars and performing repairs can be traced to being in the basement with his grandpa Earl, tinkering with his tools.

After moving to Florida to be close to his children, Rob continued to enjoy autobody work. There was nothing he couldn't fix or make better. He was the known “go-to” person if there was a repair that was needed.

Being at the beach seemed to be Rob's happy place. He loved sitting out on the sand, reflecting and listening to music.

Amongst other activities, Rob liked to go to the local bars to dance and flirt with the ladies.

Robert was known to have a helper's heart. He always put himself last and never sought thanks or acknowledgement for his assistance. Qualities that cannot be taught, which have to exist naturally, those qualities were easily identifiable in Robert.

Robert was preceded in death by his mother, Charlene Wetch.

He is also survived by his grandchildren, Ava, Josiah, Jolie, Elizabeth and Mason; his father, Earl Triplett; his sisters, Raquel, Tamara and Nicole; brothers, Christopher and Jacob; his children's mothers, Kelly Johnson and Tina Austie.

At the family's request, Robert's final resting place will be the family mausoleum in Chicago.