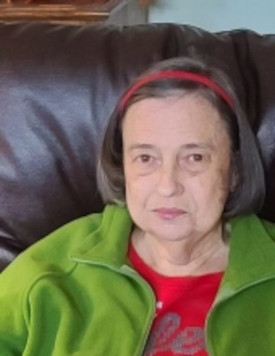 Sybil was born at the old Santa Rosa Hospital on Stewart Street in Milton. She was the daughter of Connie and Minnie Ethel (Lunsford) Helms, both deceased. She attended Harold Elementary School and graduated from Milton High School in 1967.

She was employed by Santa Rosa Medical Center for 26 years and retired from Baptist Medical Center after 17 years. She was preceded in death by a brother, Gerald E Helms,Sr., a brother-in-law, J P Williams, of Neosho, Mo and a sister-in-law, Carol Ann Martin Hohman, of Warner Robins, Ga.

Family requests in lieu of flowers, that memorial contributions be made to: Santa Rosa Kids House (for abused children), 5643 Stewart Street, Milton, Florida 32570, in Sybil’s memory.

The family wishes to express their deepest and most heartfelt appreciation to Covenant Hospice and especially her nurse Lacey Goulet, for all her love and care given to Sybil during her time of need.