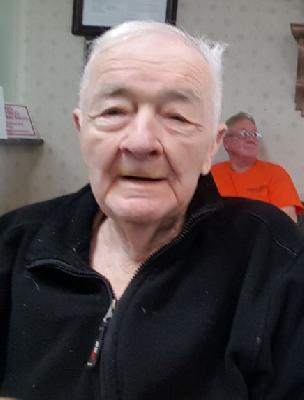 Wilburn Scott Chambless of Crestview, Florida passed away in his sleep on November 16, 2020, at the Crestview Rehabilitation Center where he had resided since April 2012. He was born February 13, 1932 to Lula and Winfield Scott Chambless in Lottie, Alabama.
Immediately after high school, he joined the United States Army and served during the Korean Conflict. Wilburn married 16 year old Mae Daphine Hall on June 6, 1952, in Atmore, Alabama. During the next few years, he was stationed at both Fort Bragg, North Carolina (where his young bride and he suffered the still birth of a daughter Sheila Dianne) and at Ramstein Air Force Base, Germany.
After an honorable discharge from the Army, the young Chambless couple moved to Crestview, Florida where Wilburn began a civil service job at Eglin Air Force Baseâ€™s supply headquarters. Mr. Chambless, the local labor union representative, severely injured his spine at work and retired early through workmanâ€™s compensation. Later in life, Mr. Chambless attended Baptist Bible Institute and became a licensed Baptist minister. He also enjoyed being the school crossing guard on Hwy 85 in Crestview for many years.
Wilburn Chambless possessed an unparalleled passion for politics during his lifetime and enjoyed a close friendship with the late Rep. Bob Sikes. He was an avid supporter of the Bush family; consequently, his home showcased a plethora of photographs and certificates presented to him by both President George H.W. Bush and President George W Bush. His most favorite memories were the 2004 personal phone call he received from the younger President Bush and attending a Presidential Dinner in Washington D.C. .
During his lifetime, Mr. Chambless was an active member of several Baptist churches, including South wide Baptist Church in DeFuniak Springs and Calvary Baptist Church in Crestview.
Mr. Chambless possessed a lifelong, unique sense of humor. He loved people and enjoyed being goofy with young members of his family, often sharing how a donkey ate corn or other silly jokes. During the last decade of his life, he personified the Christ-like ability to love deeply and unconditionally, even when betrayed.
Mr. Chambless is preceded in death by his spouse, Mae Chambless, oldest daughter Sheila, his parents, 3 older brothers, 1 younger brother Ed who passed away on October 10, 2020, and 4 older sisters.
Wilburn Chambless is survived by two daughters: Teresa Chambless-Bogart and husband Peter Bogart and Lisa Chesser. He leaves behind nine grandchildren: Jennifer Martin, Brandon Chambless, Liberty Williams, Ryian Peterson, Griffin Bogart, Rhapsody Bogart-Austin, Shaunda Peterson, Devero Bogart, Keara Bogart, and 13 great-grandchildren.
He is also survived by his baby brother David Chambless and Davidâ€™s wife Sandra of San Diego, California and numerous nieces and nephews on both the Chambless and Hall sides. His life was enriched during the final few years by the presence of his special friend Mary Ostrander who lovingly called him her Sweet Willie.
Wilburn Chambless was laid to rest by his wife of 47 years in the Live Oak Park Memorial Cemetery in Crestview, Florida. A celebration of his life is planned for December when family members from out-of- state are able to attend.

Teresa , so very sorry to hear of your daddy's passing .. Always cherish the memories you have of him . It is a great comfort knowing that he is reunited with your sweet mother and that y'all will see him again !! Praying for you and the family ! May God bless and keep you !! Love ya , Darlene

Teresa, I am so sorry to hear of your loss. My thoughts and prayers will be with you during this sad time.