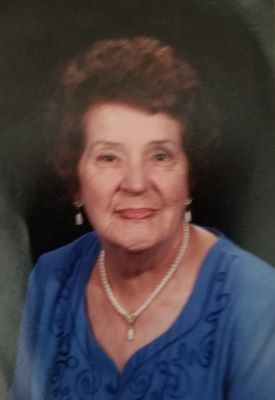 Willie Inez Turbeville, 90 of Baker Florida, passed away Friday, September 3, 2021. Mrs. Turbeville was born July 13, 1931, in Newton, Alabama and moved here to Baker in 1990. Inez was in Law Enforcement in Bay County from 1962-1979 and was a Minister and Teacher of the Bible along with having a huge following of Andrew Womack Ministries. She was an avid reader of the Bible and Christian books; her favorite pass time was gardening and fishing.

Express your condolences with flowers sent to Willie Inez Turbeville

I love you Aunt Inez! Rest with God. You are very missed.

So sorry to hear about Aunt Inez. She will truly be missed. She is with my daddy now!

My dear sweet friend Inez and I worked together at the Springfield Police station. She
was a joy to work with and loved her job. She loved her children and friends and would
do anything she could for you. When we reunited after not seeing or talking after many
years, it was just like in the beginning. When you talked to Inez she always let you know
that Jesus was the love of her life and if you did not know him, she would lead you to him.
I will miss the telephone calls and when I last talked to her, Anne her daughter held the
phone up to her ear and she told me that she loved me. I look forward to the day we will be
together again in heaven, so until then I say so long for now my dear friend.

Nini I will miss you. I pray you rest easy in Heaven. Love you Billy Walton & Family

I love you Nannie. Forever in my heart and soul. May you rest in peace in Heaven with Jesus

I’m so grateful the Lord brought you into my life. Nothing better than having a video chat or phone call with you. You always told it how it was. You were a very strong, loving, special woman. I will miss you dearly but I know you’re at home with Jesus, pain free and with your loved ones. Knowing this brings me comfort and one day I will be with you. Love you always

We never met in person but your prayers were always appreciated. I will never forget our conversations and how you always made the days brighter when I was in need of encouragement to get through my deployment in Iraq. Your love of Jesus and our country was out of this world! Love you Ms Inez!