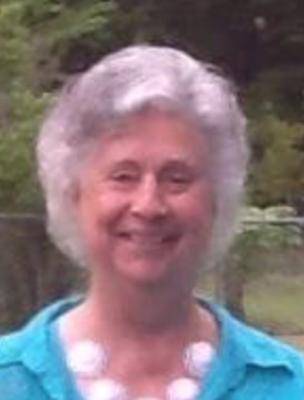 Wilma Atkins was born to John William McLelland and Lunia Smith in 06/18/1941 in wing, Alabama. She went to be with our Father in Heaven in Crestview, Florida on 02/13/2020.
She was one of seven children. Her sisters are Alma Foley, Eva Green, Louise Lambert, Laurine Norris, twin sister Hilma Lawson, and one brother J.D. McLelland.
She was preceded in death by her spouse of 40 years, William Phillip Atkins, and later in life married the late James A. Bruce for 22 years of marriage.
Wilma and Phillip have three daughters Deoborah S. Motsinger (deceased), Nadine Luke and Juanita Alford.
Her grandchildren are Karen Franks, Phillip A. Motsinger, Tina Jordan, Adrian Luke and Courtney Hamilton.
She had fifteen great grandchildren and four great-great grandchildren.
She was a long-time member of Golan Assembly of God. She served as a board member and was a member of the womenâ€™s group. If the church doors were open and she was physically able, she was going to be there rejoicing and serving God. Her church was a big part of her family and she loved them dearly. When she was faced with challenging times in life, she always relied on her strong faith in the Lord to see her through. She led by example and instilled her beliefs and love for the lord in her children and grandchildren.
She was a true woman of God and witnessed to many people throughout her lifetime. She was a matriarch to her family and helped form a loving Christian home for her children. The last year and a half when her health was failing her, she resided at Silvercrest Rehabilitation Center where she continued her ministry for Christ. She would speak of His love and forgiveness to anyone that she had the opportunity to meet. She made many friends there and was a positive impact in their daily life. At times we donâ€™t understand why bad things happen to good people, but she always believed in the Lord and stood on his promises.
One of the last things that she said to her children was â€œDonâ€™t be sad.â€ Iâ€™m going on to the other side and I will be waiting for you all beside the river Jordan. I love you all and it wont be long before I see you again.
One of her favorite versus was Isaiah 4-3:2
When you walk through the waters, I will be with you;
When you pass through the rivers, they will not sweep over you.
When you walk through fire, you will not be burned.
The flames will not set you ablaze
Funeral Services will be held February 15, 2020 at the Chapel of Brackney Funeral Service. Services will begin at 3:00PM, the family will receive friends for a time of visitation at 2:00PM.
You may leave your condolences at www.brackneyfuneralservice.com

Please know you are in our thoughts, prayers and in my heart. Sending you lots of love and comfort, I am so sorry for your loss.

Sister Wilma was a wonderful Christian lady. She Taught me so much about God. And She always demonstrated her walk with the Lord. I love you sister Wilma. Enjoy heaven and I will see you soon.

Such great testimony of God's love and faithfulness to his child….May the Peace and comfort of God be with the family and friends..

Nadine, Iâ€™m so sorry to hear of your mothers passing, there is no love like a mothers love. Prayers for a peace that passes all understanding, strength to bear the grief and comfort to know that your mom is now resting in the arms of our Lord and Savior.

What a testimony of a life lived for God! I am praying for God to give you peace that passes all understanding. Donald and Nova Strickland. She opens her mouth in wisdom, and the teaching of kindness is on her tongue. â€“ Proverbs 31:26